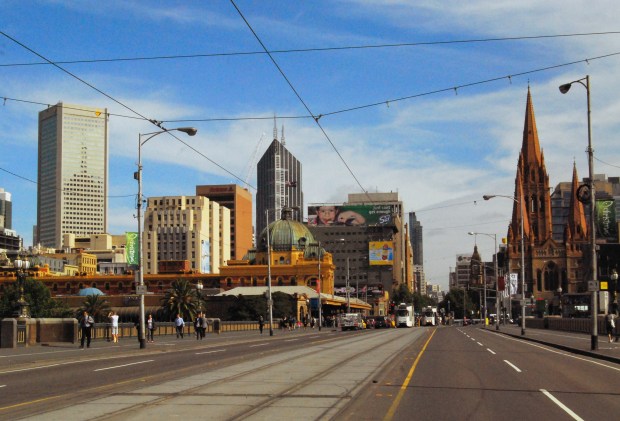 Work in Melbourne Australia about how to get Visa Job

Melbourne jobs include everything from the service industry and marketing, to employment in the sciences. Seasonal fruit picking in the country areas is also another popular option.

About Living in Melbourne Australia

Sweeping efforts at modernization have occurred in the past 20 years. Highlights include Southgate, the new Museum of Victoria, and the Tennis Center. Major national events such as the Australian Grand Prix have been attracted to Melbourne while renovation and restoration of the city’s buildings is continuing.

A result of this rejuvenation of Melbourne has been that residents have wanted to be in the midst of it. Many have left the suburbs and moved into the city itself. The waterfront has been transformed as has the older inner city into new and attractive residential areas.

Through it all, Melbourne remains affordable, welcoming, and the place to relax and be yourself while exploring one of the great cities of the world.

Working in Melbourne Australia definitely has its advantages, since the city prides itself in culture, the arts and offers a great nightlife. Victoria itself is a compact state compared to the rest of the country, so chances to explore nature, visit some great wineries, see wildlife or go adventuring are never far.

Anyone wishing to work in Australia needs to obtain one that allows employment - you will need it to show potential employers. There are working holiday visas available for residents of countries that have an agreement with Australia to allow people to obtain employment here.

In order to be paid you will need to have a tax file number. You can apply by filling out the forms available from the Australian Tax Office, also available at post offices and many news agents.

It would be useful to obtain a bank account while your here. If you do not declare your tax file number to the bank, they will charge a higher rate of tax on any interest. It will also make it easier for most employers to pay you.

Holders of the working holiday visas can stay with each employer for up to six months. To be working in melbourne one needs to be aged 18 to 30 from countries that have a mutual agreement with Australia, such as Canada, Estonia, the UK, Canada, Netherlands, Japan, the Republic of Ireland, Finland, the Republic of Cyprus, Italy, France, Malta, Germany, Denmark, the Republic of Korea, Sweden, Norway, or the Hong Kong Special Administrative Region.

The visas also enable workers to stay in the country for of up to 12 months.

With Melbourne jobs, the employer is required to pay you the same rates of pay and the same work conditions as Australian citizens and follow the same safety laws.

Workers with skills that are seen as essential to Australia are encouraged to apply for Skilled Visas. There may be registration or licensing requirements, contact the relevant authorities in Australia for your trade or practice.

Short Stay Business visas allow business people to stay in Australia for up to 3 months. Negotations, conferences, or finding business opportunities are considered eligible activities. There are provisions for people to stay longer than that but they will need to prove that they have engaged in the proper level of business or maintain their investment(s) while here.

Where to Find Employment

Melbourne jobs: There are many job agencies that one can apply at, in Victoria they are normally not allowed to charge the worker when they obtain a position for them.

The best days to check local newspapers is usually on Saturdays and Wednesdays. These can be good sources for casual positions in your area. Do check the positions vacant section as well.

About Study in Australia

Some overseas students are allowed to work while studying here. See more about Study in Australia.

Previous: Backpacking and Working in Australia