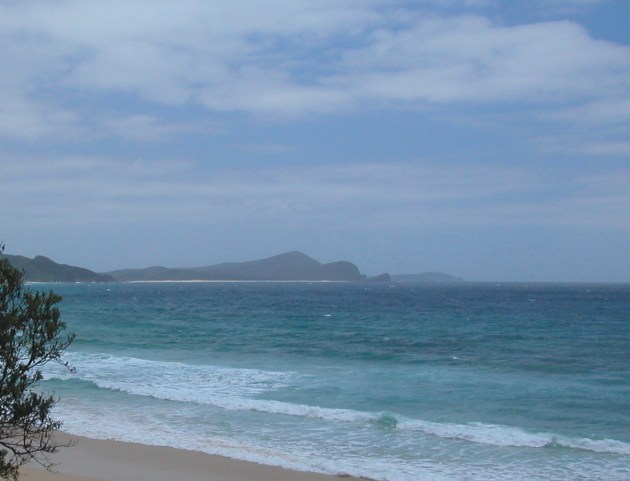 Along the North Coast of NSW

Next: Places to Visit by Region

Backed by the Great Dividing Range, mountains that extend from Victoria all the way to Queensland, the relatively narrow NSW coastal strip has numerous beaches, most of them in idyllic settings.

The weather on the coast region has a higher rainfall than in the west. Temperatures here are generally warmer in winter and cooler in summer. In the Tablelands, the plateaus of the Great Dividing Range, temperatures in winter can be much cooler, with snowfalls every year in the southern Snowy Mountains.

There are even occasional winter snowfalls in the Blue Mountains (Sydney) part of the Great Dividing Range, to as far north as the New England Tablelands.

The coastal regions of NSW is divided up into the Illawarra and South Coast regions to the south of Sydney. Greater Sydney itself stretches from Picton in the south to the Hawkesbury. The Central Coast, an hours drive north of Sydney has gorgeous waterways and pretty beaches.

Further north, is the Hunter Valley, Mid North Coast and the North Coast. The Northern Rivers is on the border of Queensland and NSW.

The Princes Highway part of the National Highway 1 (which circumnavigates the island nation of Australia) follows on from the border of Victoria through the South Coast NSW. The South Coast itself is divided up into the sub regions of Shoalhaven, Eurobodalla and the Sapphire Coast, each with their own attractions and charms.

Another place worth exploring here is just to the west: Kangaroo Valley NSW. This pristine lush green valley is home to protected species of Australian plants and animals and heritage buildings.

There are a number of islands off the South Coast, most are protected island nature reserves, though there are some you can visit. Islands on the South Coast NSW.

Just to the south of Sydney and north of the South Coast is the beautiful Illawarra Region, with Wollongong as its commercial centre. Glorious long ocean drives with pretty beaches along the way. See more about Illawarra NSW.

Just north of Sydney is the Central Coast and the Hunter Valley. The Central Coast has The Entrance, Avoca Beach, Forresters Beach, Ettalong Beach, Bateau Bay and Port Stephens. Any of them is a perfect place for a stopoff on the NSW coastal route northward. More about the Central Coast of NSW.

The Hunter Valley is renowned for its wines and wineries. There is also plenty to do here and a lot to explore but the excellent wines and gourmet wines within driving distance of Sydney make this a very popular visitors destination, as it has been for many years. More about the Hunter Valley, NSW.

Love the sun and surf lifestyle? Tucked away between the Hunter Valley and the North Coast is the Macleay Valley - This is a great holiday destination, with plenty of things to do for everyone. Macleay Valley NSW.