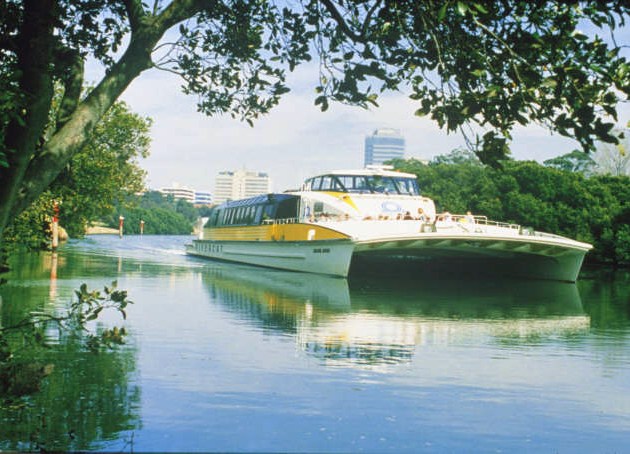 Next: Hotels in Parramatta

Long been considered the population center of Sydney, it is also known for its historic colonial buildings, excellent restaurants and as a shopping paradise.

Originally founded on November 2nd, 1788 by Captain Arthur Phillip, it was the second European settlement in Australia after Sydney Cove. Parramatta is an aboriginal word that actually means ‘Place where eels lie down‘.

Parramatta is known for its many places to eat, from fine dining to specialist take aways, pizza bars and al fresco cafés

In Church Street there is an enjoyable collection of restaurants and eateries which feature al fresco dining.

There are many more than 140 restaurants offering all sorts of cosmopolitan fare in the streets leading to Church Street as well.

Parramatta Westfields, along with other Parramatta department stores, shops, boutiques and speciality stores here offer an almost bewildering amount of choice, with more than 600 retail shops to choose from.

Parramatta, first settled by the colonials in November 1788 to help stave off starvation in the fledgling colony, quickly grew to become a rich farming area and then into the thriving commercial area it is today.

The Heritage Walk starts from the Charles Street Wharf, upstream from there, on the other side of the Church Street Bridge, visit the Parramatta Visitors Centre for brochures on self guide walk tours and information about Parramatta. The Parramatta Attractions Map Parramatta Map.

There are a number of historic buildings here, now operating as museums, including Old Government House, Elizabeth Farm and Experiment Farm. See:

Old Government House, furnished in 19th Century style, built in 1799 and finished in 1818 on the site of Captain’s Phillips original house. It is Australia’s oldest public building and its furnishings represent the finest collection of pre-1855 furniture of the early colony.

Elizabeth Farm, also the oldest home in Australia, has gardens originally laid out in 1830 has a variety of interesting botanic specimens, including historic ones. 70 Alice Street, Rosehill.

Experimental Farm, now a museum, was set up by the fledgling colony to research farming techniques in Australia and helped to stave off starvation. This farm was the first land grant by the Crown in Australia, to James Ruse, who had arrived with the first fleet. There is an exhibit on his life at the museum. 9 Ruse Street, Harris Park.

You can go Cloud 9 Ballooning at Parramatta Park, watch horse racing at Rosehill Gardens Racecourse Park, home to the Golden Slipper Festival, take a helicopter scenic ride, go to the footy at Parramatta Stadium. Much shopping at Westfields Parramatta and the surrounding shops.

Accommodation of all kinds, from luxury hotels to those catering for the budget minded visitor as well. Serviced apartments, lodges, motels and bed and breakfast places are all available here.

One way to get to Parramatta from the City centre is to take the Jetcat from Circular Quay, allowing you to take in some spectacular views of the western side of Sydney Harbour.

There are plenty of express trains leaving from the city train stations as well, making it a quick day trip, there and back.

About Sydney Places to Visit: