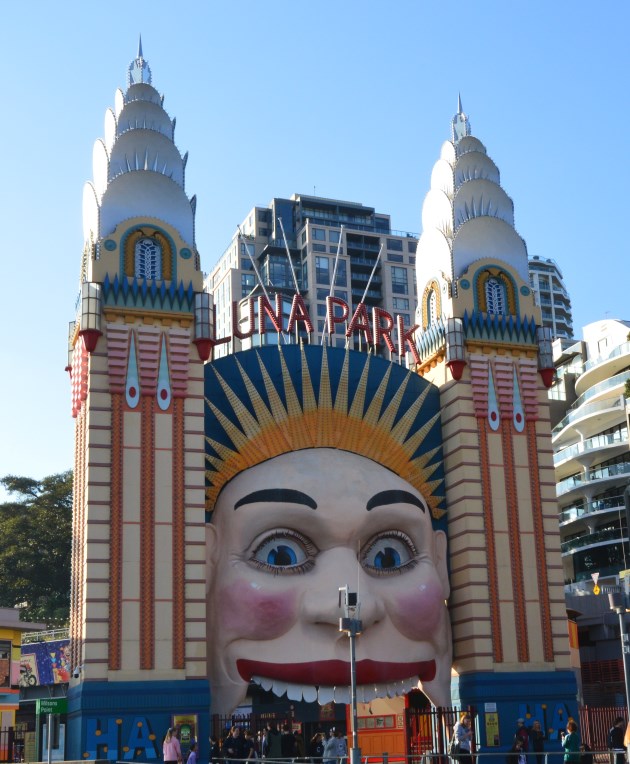 Next: Ferry to Manly Beach

Map of Sydney and Surrounds

Historic Luna Park, a fun park restored to its former glory and beyond, has great rides, activities for the kids and great scenery to boot.

On the north side of Sydney Harbour, Luna Park has been a place of fun for Sydneysiders since 1935. Although the face had transformed through the years, it now has been restored to its more original glory.

Rides include the Ferris Wheel, the Rotor, Coney Island, Barrels of Fun and many others.

The location of Luna Park was first used for a rail station for the Sydney north line. It served people disembarking from the many ferries that used to cross Port Jackson here for city workers, going to and from work.

It was then occupied by the builders of Sydney Harbour Bridge, till its completion in 1932.

Historic tours are available. This guided tour can be booked, Phone:

There is also a Luna Park in Melbourne, usually open during school vacations and summer.

See the map of the Sydney Harbour Cruises: