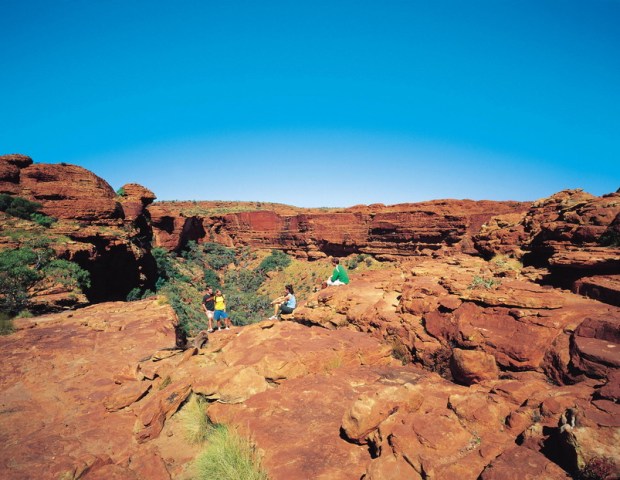 The only city in this part of the world and deep in the Red Centre of Australia, Alice Springs was originally established as an outpost for the telegraph line built in the 1870s.

Due to distance and the difficulty of overland travel prior to motorized vehicles the town grew slowly, its central position ensured its necessity. Or as locals see it, its basically the closest city to every beach in Australia.

The night skies are truly spectacular in this part of the world. Rarely clouded and away from big city lights and skylines, you can see the Southern Skies in all their splendour. Even simple binoculars can give you even better views, a good telescope will allow you deep views of our Milky Way Galaxy and our position in it. And beyond.

The nearby National Parks of Uluru-Kata Tjuta and the Olgas, the MacDonnell Ranges and other natural attractions have made Alice Springs into a thriving modern tourist centre, particularly since the 1970s.

There are plenty of places to visit in Alice itself, all within short walking distance. Olive Pink Botanic Garden has native flora and Anzac Hill has great views of Alice itself, the nearby MacDonnell Ranges and the surrounding desert.

There are buildings dating back to the earlier settlement of Alice Springs located here, including the original telegraph repeater station, now restored. The telegraph line linked Australia to the rest of the world in the 1870s through Darwin and an undersea cable to Java.

The museum explains how the equipment worked and about the trials of setting up the station so far from civilization.

This park gives one a great introduction to the central deserts of Australia. Plenty of desert wildlife and flora to see, there are experienced Aboriginal guides who can take you on tours explaining about Aboriginal culture and way of life, or about desert animals and birds.

You can actually spot these animals in the wild, but during the hot part of the day go to the Nocturnal House and see the night life of the desert.

The Museum of Central Australia has ancient fossils, an diverse display of Aboriginal artefacts and meteorites on display. The Albert Namatjira Gallery is devoted to the works of Albert Namatjira, an Aboriginal desert artist whose creations are internationally acclaimed in the art world. There are also works from other celebrated aboriginal artists of the Papunya School.

At the Central Australian Aviation Museum there are historic aircraft including 2 early flying doctor planes. Located in the original hanger, there is aviation memorabilia and displays about the important role aircraft played in opening up of the Northern Territory.

At the popular Royal Flying Doctor Service Visitor Centre, there are guided tours that start on the half hour and hour during the day, with the last tour commencing at 4pm. Here you can learn much about the RFDS, their service to the people of the Outback, the planes they fly and flew in the past.

There is a museum to explore and an operating Traeger pedal radio.

There are a number of sacred sites located here of the local Aboriginal people, the Aranda. The mountains have gorges formed by ancient rivers, including Simpsons Gap and Standley Chasm which are popular tourist spots. The deep waterhole at Ellery Creek is great for swimming.

Darwin Australia has accommodation of all kinds, and due to Cyclone Tracy, there are no old hotels. Beside well appointed hotels, there are luxury resorts, motels, bed and breakfast, youth hostels and caravan (trailer) parks suitable for any budget. Alice Springs has a range of accommodation available as well.

Well equipped 4WD vehicles, campervans and motorhomes are available for hire and a great way to see and explore the Northern Territory for the more adventurous.