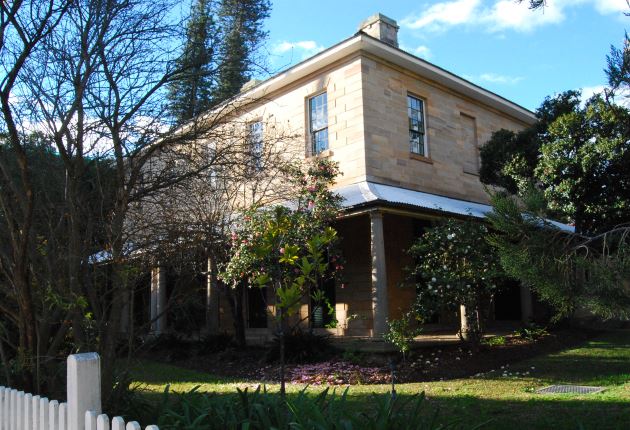 Macarthur region is at the south of the map: Macarthur Region Map - Sydney and Surrounds Map, NSW.

The rich fertile region of Macarthur is the birthplace of the Merino Wool Industry, a lot of history happened here during the early colony of New South Wales. It contributed heavily to Australia’s early growth in the wool and wheat industries and now even wines.

Macarthur, the NSW region encompassing Camden, Campbelltown and Wollondilly is known for its green pastures and gentle rolling hills, yet plays an important part in the economy of Sydney. There are historical homes and buildings dotting the landscape, many dating back to the earliest days but also through the later periods.

Another place to visit in Macquarie is the the Australian Botanic Garden, located at Mount Annan with a huge diversity of plants and trees spread over more than four hundred acres.

Another attraction is the historical Belgenny Farm, first farmed by convict labour on a land grant to the Macarthur family, pioneered many of early Australia’s farming traditions.

When the first cows and two bulls in Australia escaped from their carers in 1788, they managed to find their way here, to graze the lush fertile grasslands. Found seven years later by a convict hunter, they had grown to a herd of forty cows and two bulls. Since then, the area became important in the pastoral industry, with not only dairy, but wool and horses.

Located just south west of the Sydney Region, Camden has retained much of its beauty and country style living: Camden, NSW.

The historic area of Campbelltown has small cottages, some very old, mixed with 2 to 3 storey terrraces and mansions dating from the very early to the late 19th Century. It is also a place where the arts are valued as is nature, visit the beautiful Dharawal National Park while your here. More about Campbelltown, NSW.

The Shire of Wollondilly, located on the south outskirts of Macquarie, is rural country yet located close to Sydney. There are lakes and national parks to visit, the landscape is a tapestry of gorges, mountain ranges and fertile plains: Picton, Macarthur NSW.

There is plenty of variety in places to eat, from cafés and eateries, to serious gourmet dining experiences. Here you can find everything from Modern Australian to Asian, Italian, Mexican and Indian. In fact every continent except Antartica is represented here.

Maps of the Coast of New South Wales