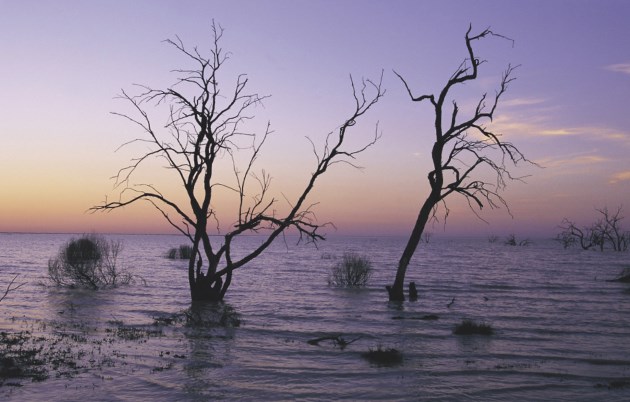 Occupying a strategic location on two of Australia’s important rivers, Wentworth and its surrounds attracts visitors seeking to explore the Outback. Also located near the border of South Australia, Victoria and New South Wales, there is much to see and do here and in the surrounds.

Visit here and you will experience the waterways and lagoons of the Outback, with the surrounding regions of flat plains, sand dunes and roads of red earth. Desert animal life here includes kangaroos, eagles, hawks and multi-coloured parrots and during season, migratory birds by the thousands, particularly waterbirds.

The name of this Outback town is from the Australian explorer, William Charles Wentworth, one the three first colonial explorers who had managed to cross the Blue Mountains, west of Sydney in 1813 at the age of 18.

The town itself was declared in 1858 and serviced the many paddlesteamers and other watercraft coming and going south.

Attractions in and around Wentworth

The many rustic surviving sandstone buildings, built during the 1800s are well worth a tour, including the the Courthouse and the Old Gaol, the old Convent / Schoolhouse buildings and the Customs House, which was apparently a great source of annoyance to the traders coming in from the other colonies, including Victoria.

At the Mungo World Heritage Area there is a dry bed of a lake that existed there for tens of thousands of years. Part of the Willandra Lakes system, this region was one of the first to be declared world heritage in the country for both its outstanding natural and cultural heritage.

Mungo Man, a skeleton dating back forty thousand years and perhaps up to sixty eight thousand (the age being very controversial and subject to ongoing research and discussion) was found here during the 1960s. Significantly, the skeleton had been treated with red ochre, part of traditional burial ceremony.

Mungo woman, of more recent origin, was also discovered and dating back to around twenty thousand years, was also found here. Having been subjected to traditional burial, it is evidence of one of oldest known cremations in history. The skeletal remains of a child has since been found in 1988 and believed to be from the time of Mungo Man. Fossil human tracks have also been found here.

When the lake dried up, the weather and winds formed the the dune system on its eastern edge, now referred to as the ’The Walls of China.’ The Mungo World Heritage Area is about 150 kilometres north of Wentworth.

On the other side of the Murray River and the border with Victoria, is Mildura. Once an important inland port that serviced the Outback and the paddlesteamers of the late 1800s, it is still a commercial centre and gateway to the Outback.

South of here you can experience of the Murray wineries of Victoria. To the east is South Australia. See the map: Australia Map.

NSW Places to Visit in the Outback

It is important to inform Local Information Centres (including automotive clubs) of your plans to explore remote areas. Inform them of where you plan to go, when you leave and when you plan to arrive. Take any advice they give you about the local conditions. Learn as much as possible about surviving in the Outback as possible before setting out. These are only handy hints, aquiring as much knowledge as possible can save your life.