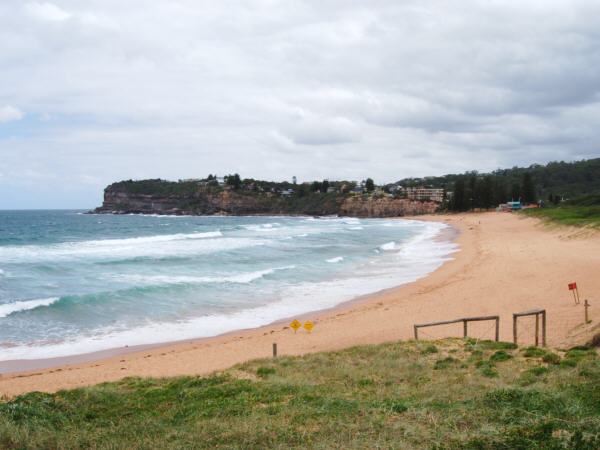 Even in winter, Avalon Beach is Beautiful

Next: Places to Eat in Avalon

The beach suburb of Avalon on the Sydney Northern Beaches has been popular for many years now, certainly since the Seventies, as a place to move to so as to be able to get away from the hustle and bustle of the city. Sydneysiders are finding themselves to drive further and further to be able to do this, Avalon is at least an hour’s drive from the Sydney city centre and longer during rush hours.

As a suburb of Sydney, Avalon is certainly an attractive place to live. Others know this too, like the other Northern Beach suburbs, real estate prices reflect this.

The village of Avalon, situated near the beach, has all the modern conveniences you would expect, shops selling fine wines, boutiques and general goods, a cinema, a regular day public bus service from the city and a beautiful beach. There are three schools located here, including a Montessori.

Situated at the top end of the Northern Beaches (only Palm Beach and Whale Beach are furthern north) it is certainly a great place to enjoy a semi-retired, surf or beach lifestyle. Or as a kid growing up.

Avalon Beach is another one of the scenic Sydney Northern Beaches. Other beaches nearby include Palm beach, Whale Beach and Newport.

The beach is located some 35 kilometres from the Sydney Central Business District (Sydney centre or CBD). Named after the island of Avalon in the Celtic myth as the resting place for King Arthur, this beautiful spot still attracts visitors not only from Sydney but all over the world, particularly surfers, keen to try its waves.

All these beaches are accessible from Sydney Central by car or buses from the city at Wynyard Buses 190 and 191, or take the ferry from the city from Manly and then by bus from the wharf bus terminals to head further north such as on the Palm Beach Bus service.

There are toilet, shower and change facilities available, with good swimming and places to surf. Remember to swim between the flags!

One of the glorious Sydney Northern Beaches, Avalon Beach is backed by a park reserve with good surfing and swimming.

Covering Up - Sydney has bright sunny days so wear sun-protective clothing, especially between 10am to 3pm. Find a good SPF30+ sunscreen that is water resistant. Use shade and wear a hat, it all helps to stay looking young, healthy and beautiful as you do. More about Sydney Northern Beaches.