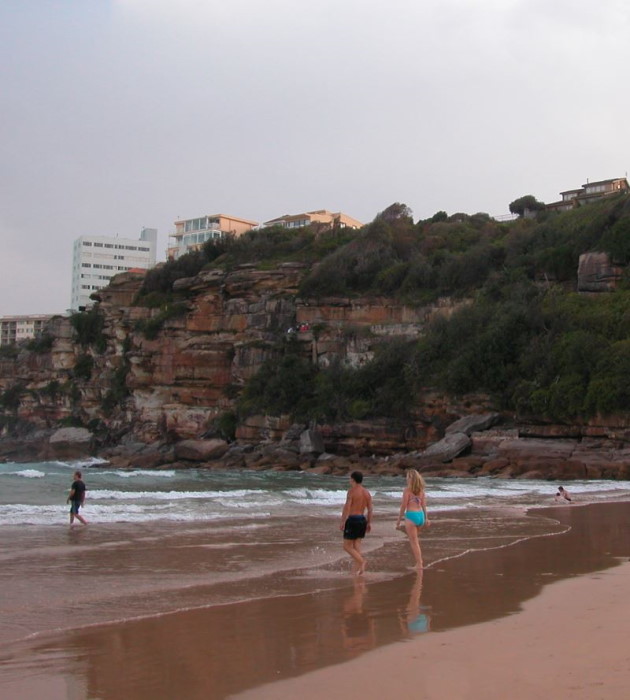 Each layer tells a Geological Story of Beaches Past

Formed over millions of years, the Sydney region and its larger counterpart, the Sydney Basin, which extends into under the Tasman Sea (Pacific Ocean) dates back to the Permian-Triassic, when massive ferns covered the region. The Basin, a much larger region, extends all the way south to near Batemans Bay and northwards well into Queensland, by Townsville.

Features of the Sydney region landscape are the Blue Mountains to the west and the deeper Sydney Harbour. The unusual river flows of the Hawkesbury and Nepean, which start from lower parts of the region, then flow through much higher parts are part of river flows that existed before the lifting and warping of the basin during the Early Permian.

During the Triassic period, the whole region was lifted up, much of it becoming dry land.

There are large deposits of coal throughout the basin, reaching a depth of sixty metres in places. Luckily, this is not seen as a primary source of potential energy anymore (except by certain interests), in fact, research has gone into seeing if the region has possibilities of greenhouse gas storage and carbon capture and storage.

The sandstone deposits over the eons have left Sydney with good quality sandstone, particularly the yellow sandstone. It would be used to form most of Sydney’s main public buildings.

The Sydney Region has been submerged beneath the ocean many times over millions of years. Sand deposits form the sandtone with their many layers, each layer being a geological snapshot of beaches past.