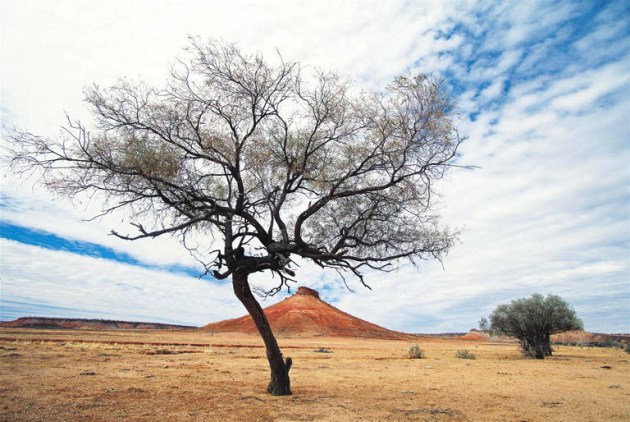 Next: The Sunshine Coast, Queensland

Occupying over 60% of Queensland, west of the Great Dividing Range, the Outback has famous places like the Combo Waterhole, Mt Isa, Cloncurry, Boulia, the Birdsville Hotel and the Simpson Desert.

The Combo Waterhole was described in Waltzing Matilda, Mt Isa is known for its mining, Cloncurry is the place where the Flying Doctors Service was started along with Qantas while Boulia has the famed and mysterious Min Min lights.

The Birdsville Hotel is the watering hole for the Birdsville horse racing held every September, while the Simpson Desert is a true desert stretching all the way into the Northern Territory.

The drive west from Brisbane will take you through places like Roma, Dalby, Mitchell and Augathella. Between them you will find the vast farming regions of Queensland West, where they grow wheat, corn and sorghum. At Roma, there is the largest winery in Queensland and one of the oldest, at Romaville.

Barcaladine was where the Australian Labor Party was founded after the shearer’s strike in 1891 and there is a museum there, dedicated to the workers of Australia.

Winton was the place where ‘Waltzing Matilda’ was first performed in 1895. You can visit the Waltzing Matilda Centre located on the main street. This is where Qantas was first formed, opening their office in 1920. Nearby is the Lark Quarry Conservation Park, where you can see dinosaur footprints left behind after a dino stampede.

Longreach has a number of tourist attractions, including the Outback Heritage Centre and the Stockman’s Hall of Fame. Also, Qantas moved its headquarters here and you can find the Qantas Founders Outback Museum, detailing the history of the Airline and its early outback connections.

There are many chances to learn about Aboriginal culture and check out the world famous Riversleigh site, where fossils of the ancient ancestors of kangaroo, wombat, platypus and many other marsupials have been found.

Boulia is the capital of the Channel Country, where monsoons flood the normally dry creekbeds yearly. If you have the time head off to the historical towns of Blackall, Winton and Longreach - home of the Stockman’s Hall of Fame.

Mt Isa, easily accessible by air, gives you a real view of an Australian mining town. Try to visit the Riversleigh Fossils Centre, they have extensive displays of the remarkable animals that lived in this region more than 25 million years ago. The mines here have yielded silver, lead and zinc for over a hundred years and still do. You can also visit the largest undground mine in Australia here, although some restrictions apply regarding age and health.

Accommodation in such a vast area as central and west Queensland includes hotels, motels and caravan parks. Bed and Breakfasts are popular in many of the smaller cities and towns, as are country farmstays, including at some of the huge outback stations, where you can experience true Queensland hospitality. 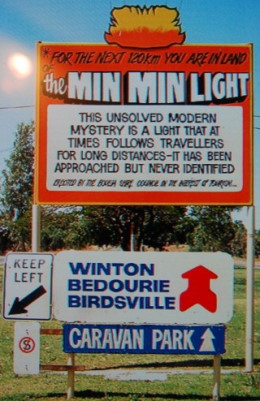 Birdsville just up ahead - 383 kilometres on National Route 83