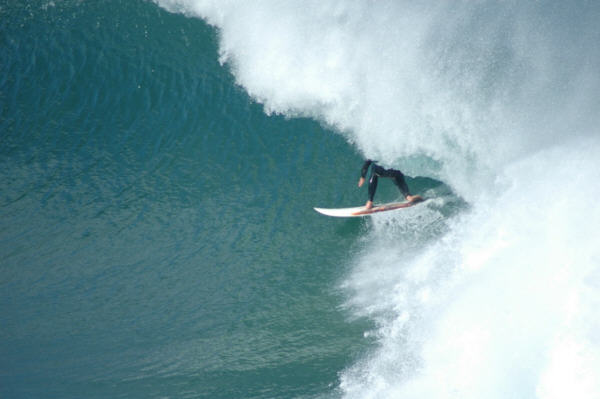 Next: Places to Visit on the Great Ocean Road

The Twelve Apostles and The London Bridge are just some of the natural wonders you will find in this beautiful part of Australia.

The Great Ocean Road, starting from Geelong Australia - Port Phillip, just south west of Melbourne Australia, winds its way along the stunning south west coast of Victoria to the state of South Australia.

Along the route, you will discover history as well as see natural wonders and scenery that you will not forget, Cape Otway, Port Campbell National Park and the Grampians National Park are alone worth the visit.

Places along the Victoria Coast include Warrnambool, great for whale watching, and Torquay, for those who love water activities including surfing at Bells Beach.

In the centre of sheep grazing country, Hamilton is between the Grampians and the Great Ocean Road. Calling itself the ‘Wool Capital of the World,’ wool is very much part of its economy. There are a number of attractions here, the Botanic Gardens, Lake Hamilton and the Sir Reginald Ansett Transport Museum are but three.

Stop off at Maits Rest and take the self-guided rainforest walking trail through the park. Here, the tall Mountain Ash trees tower over the lush tree ferns and the moss covered vegetation.

The stretch of road from Lavers Hill onward is a highlight. It traces limestone cliffs along the Shipwreck Coast, where more than 50 ships have run aground or struck reefs and sunk. The limestone formations have been carved away from the mainland over thousands of years.

These natural monuments form a stunning panorama and are a part of the Port Campbell National Park. Some of the highlights include the Twelve Apostles, Loch Ard Gorge and London Bridge.

View points are signposted with information boards, boardwalks and parking for easy access. Nearing Port Campbell, the road passes by wetlands and estuaries which are inhabited by various species of birdlife and at Peterborough, you will find other natural features, such as the Bay of Martyrs, Massacre Bay and the Bay of Islands.

Warrnambool, a one-time whaling centre which now attracts visitors to observe the large mammals. The Southern Right Whale appears each year between May and September and can be viewed at Logans Beach.

It is then a short drive to Port Fairy, one of Victoria’s earliest fishing ports and host of the annual Port Fairy Folk Festival. Many of the limestone and bluestone buildings in the town date from the 1840s and have been classified by the National Trust.

Tower Hill Reserve is the only attraction in Australia offering native wildlife and authentic Aboriginal experiences in a dormant volcano. Believed to have erupted 30,000 years ago, Tower Hill’s volcanic formation is the largest of its type in Victoria.

Situated on the Great Ocean Road 10 minutes west of Warrnambool, the area was a rich food source for Koroitgundidj people whose descendants retain links with this country.

Head on through the townships of Anglesea and Aireys Inlet to Lorne, a resort-style town combining restaurants and shops with historic properties and natural attractions such as Teddy’s Lookout, Erskine Falls and the Angahook-Lorne State Park.

Along this stretch of road the contrast between rugged coast and inland forest becomes more dramatic. The small fishing and farming village of Apollo Bay is also an excellent base for exploring the waterfalls and rainforests of the Otway National Park.

Breathtaking views of Port Phillip Bay can be seen from the ‘Rip’ lookout at Point Lonsdale and from here it is a short drive to Torquay, where the Surfworld Museum documents surfing history.

You can even learn to ride on a surfboard and take surfing lessons. Along with Bells Beach, this coastal town is recognised among the world’s premier surf locations and marks the beginning of the Great Ocean Road.

From Dunkeld, a scenic drive will take you through the Grampians National Park along the Serra Ranges to Halls Gap, an ideal base for bushwalking and discovering native animals in their natural habitat.

The Balconies and Reids Lookout are also popular viewpoints. More information can be found at the National Park Visitor Centre located south of Halls Gap.