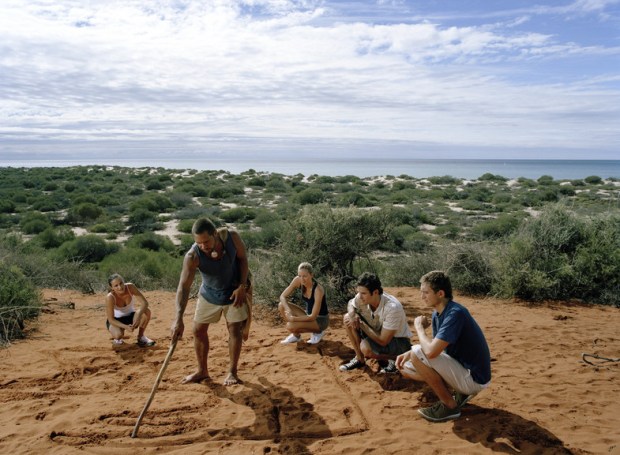 Perth has a rich aboriginal heritage with some fascinating places to go to experience indigenous culture, dance, music and arts.

There are three clans of the Nyoongar people that are the traditional owners of the land surrounding the Swan River.

The river meanders past the city and is a witness to the the changes that occurred after the British took control of the region.

Initially the British and the Aboriginals managed to get along, but as more and more people moved to this beautiful part of Australia, the tradtional owners were pushed out further and further. Their claims to the land were not recognised by the Colonial government or by the new settlers. The last Nyoongar camp in the area was forcibly removed from Kings Park in 1915.

Today, there are many descendents of the Aboriginal families that managed to survive those times living in Perth.

Australians descended from immigrant families to this land are beginning to understand that, they too, have obligations to this land, something the traditional owners have known for thousands of years.

A growing number of Aboriginal owned enterprises are operating cultural tours and eco experiences in and around Perth.

Kangaroo Dreaming Trail - this tour includes lessons in boomerang throwing, a didgeridoo and dance performance, a demonstration on the ancient art of tool making, a visit to the Maalinup Aboriginal Gallery and wine tastings at the Natural Wine Company.

The Art Gallery of Western Australia has an extensive collection of Aboriginal Art. Works from artists around Australia that are exhibited on a regular basis, including of course, Western Australia. They have free guided tours available.

Kwillana Dreaming is keen to give locals and visitors a greater insight into the rich indigenous culture of the Noongar People. Learn about the traditional foods ’bush tucker’ and bush medicines, explore a bush river paddling a canoe and try your hand at throwing boomerangs and spears.

According to owner Karen Jacobs, there are many significant sites around Pinjarra, Mandurah and the Serpentine River.

“Our tours are educational and give people a new view on nature. The locals that come on the trips are amazed by what they learn about their own backyard,” said Karen.

Aboriginal Tour: Take an eco tours to observe wildlife in their native habitat, sample delicious bush tucker, demonstrate boomerang and spear throwing and look at the environment from a Noongar perspective, the traditional owners of this land. A delicous bush tucker morning tea comes in the form of wattle seed bread, quandong jam and bush berry muffins.

For a view of Aboriginal art and artefacts, head to Maali Mia in the Swan Valley where you’ll find works by the Noongar and Yamaji tribes.

Maali Mia has genuine hand made aboriginal didgeridoos, clapping sticks, carved emu eggs and traditional paintings. Their boomerangs were the only ones to receive the endorsement of the organising committee for the Sydney Olympics.

Yanchep National Park has incorporated Aboriginal culture into the experience it offers visitors.

They have a full day environmental and cultural activity which includes an Aboriginal tour, a didgeridoo and dance performance and a tasty bush tucker experience.

Aboriginal guides take visitors into the surrounding natural bushland to learn about the native wildlife and the bush.

For more information about holidays and tours in Western Australia Phone 1300 361 351.

Showing the location of Perth attractions, shopping areas and points of interest- see the Perth Map.