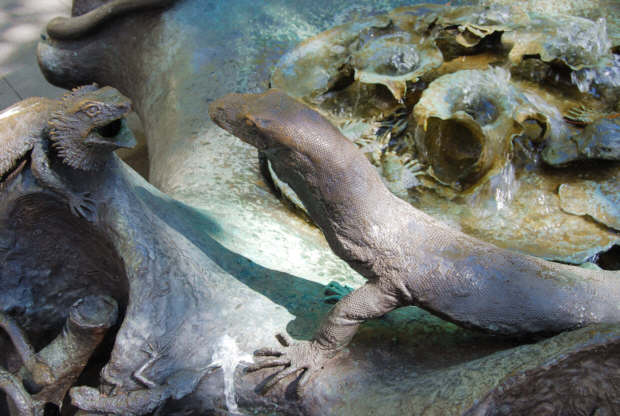 As the many visitors to Sydney Australia have found - a city with a sense of history, arts and culture.

The beautiful natural surrounds of Sydney Harbour and many of our beaches are continuing to be preserved, while the city’s architecture tells the story from its beginnings as a far flung British convict colony to a thriving, modern cosmopolitan city.

The many art galleries, museums, theatre, classical, indigenous and contemporary music and the performing arts testify to Sydney’s celebration of life.

In the city and surrounding suburbs, you will find museums and art galleries dedicated to history, science and the arts. Below is a brief description of some of the more notable ones, each has its own unique outlook on Sydney and Australia.

The Sydney Powerhouse Museum, situated at Darling Harbour has a great array of interactive displays that illustrate science and culture. Enjoyable as a thing to do for families, everyone else will also find plenty of things to see, learn and experience.

Nearby, also at Darling Harbour, is the Australian National Maritime Museum. Complete with ships you can clamber on and an interesting array of historical boats (some which you can actually take a cruise on) as well as extensive and varied exhibits showcasing Australia’s close affinity with the sea.

For a brilliant look at Australia’s natural history, explore the the country’s first ever museum, located on the north side of Hyde Park in the City on College Street, the Australian Museum.

Also at Hyde Park, the is the Hyde Park Barracks Museum. It provides a fascinating look at Sydney’s early convict history and their harsh life.

The Museum of Sydney, located further south towards Circular Quay on Bridge Street, has some great displays. They have managed to put many of its artefacts in well lit steel drawers that you can open, allowing you a close up look. Their extensive use of multimedia makes for exceptional displays of historic Sydney.

Explore the Universe at the the Sydney Observatory. With functioning telescopes and a planetarium, it makes for an enjoyable evening. Located at The Rocks just on the other side of the Sydney Harbour Bridge divide.

Museums, Entertainment, Food and Drinks at The Rocks

Featuring extensive collections of Asian, Indigenous and Australian Art, the Art Gallery of NSW is found on Art Gallery Road at the Domain.

At the Rocks, the Museum of Contemporary Art is in a wonderful example of 20th century art deco building and has changing displays. The MCA is committed to exhibiting, interpreting and collecting Australian contemporary art, as well as displays from around the world.

The trendy and leafy suburb of Paddington has a number of impressive art galleries, including the Sherman Galleries at 16-20 Goodhope St and the Byron Mapp at 178 Oxford St, Paddington.

At nearby Surry Hills, you can find the Brett Whiteley Studio, located at 2 Raper Street Surry Hills.

For Indigenous fine art, try a visit to Hogarth Galleries, located at 7 Walker Lane Paddington. They have a long tradition of exhibiting works by Aboriginal artists.

White Rabbit, is the first Australian art gallery dedicated to modern Chinese art. The private museum is to be located in Chippendale with art purchased directly from artists themselves.