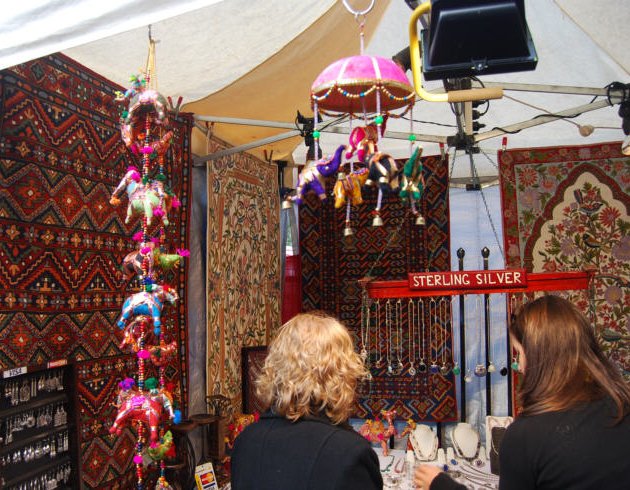 Bargains to be found at the (every) Weekend Markets

Just further east along Oxford Street from Darlinghurst is the suburb of Paddington. Known for its terrace apartments with wrough iron lace balconies and leafy streets, the suburb is worth exploring for its Victorian era ambience and character.

You can find interesting antique shops here, as well as numerous small art galleries featuring the works of upcoming and established artists.

Elizabeth St and the Five Ways are two places worth visiting in Paddington. On the Five Ways there are three streets that cross Glenmore Road and is lined with buildings that date from the 1800s and the beginning of the last century. There are some great sidewalk cafés here, serving excellent coffees.

Elizabeth St has decorator and other speciality shops as well as antique shops and cafés.

Oxford St, continuing on from Hyde Park in the city, past Darlinghurst flows along through the east side of Paddington. This busy street, has plenty on offer for visitors. A stop at the Max Brenner Chocolate Bar is ever popular for its many chocolate delights.

It is also a place to start a pub crawl to the city. Pubs along the way, all having been there a long time are not far between on your way to the city can make for an entertaining evening. Of course, we, like the pubs, encourage responsible drinking.

This park is accessible here from Oxford St. A large park that falls within the areas covered by Waverley, Randwick and City of Sydney Councils, the park was dedicated as Centennial Park in 1888 by Sir Henry Parkes who was later to play a key role in the inauguration of the Australian Federation, held here in 1901.

Originally designed as Victorian tradition style park with formal gardens, ponds, statues and wide avenues for horse carriages and buggies, it also has a wide variety of Australian flora and fauna, grasslands and woodlands.

You can also go horseriding, play sports and rent bicycles to explore the park. Picnics, long idle walks, dogs (under control) families and kids are all welcome here.

On the weekend, one of the best markets to visit in Sydney is held on saturdays next to the Paddington Village Uniting Church. Paddington Bazaar, as it is called, offers everything from designer clothes from upcoming designers, to tasty snacks and bargains of all kinds. 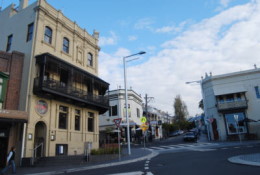 You can have fun exploring the many leafy, windy streets of Paddington. Lined with 2 and 3 storey terrace homes of the late 19th and early 20th centuries, there is actually a interesting variety in the kinds of terraces that were designed and built.

Some have towers, some obviously date to the very beginning of the suburb and some are very grand in size. For anyone interested in historical architecture, Paddington in Sydney is a must see.

Interspersed in amongst this are historical pubs (try one of the pub meals) and art galleries, making for an enjoyable afternoon.

How to Get to Oxford Street Paddington

Due to the difficulty of parking in the narrow streets that line Oxord Street, you might find it easier to take one of the many buses from Circular Quay, at the foot of the city. See Circular Quay Map.

There are also plenty of buses that can take you up Oxford St to Paddington on the way to Bondi Junction - bus stops are located at the south end of Hyde Park in the Sydney city CBD.

Further east is Bondi Junction. Buses to Bondi Beach run through this street, another favoured destination for visitors to Sydney.