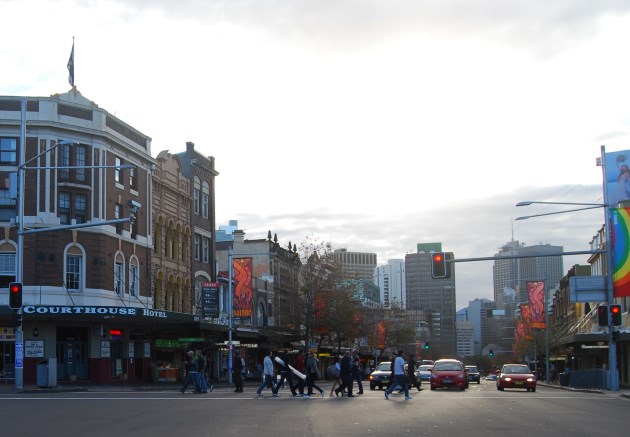 You can find some great places to eat amongst the many Oxford St Restaurants in Sydney (and side streets) whether its Australian, North or South European, African or Asian. Here are some of our favourites, not only for the food but their service:

This restaurant is working to bring French chic and flavours to Sydney’s Oxford Street and it does it well. Complete with a specially chosen wine list with reds, whites and sparkling wines from regional France.

Another European style restaurant here is Casoni, serving authentic seasonal Italian flavours in their pasta of the week and mains. Recommended by reviewers for its friendly and efficient service as well as the food.

The Malabar, as the name tells us, serves Indian food and it does it well. Vegetarians are well catered for in this establishment, with a menu designed especially for them. They also have an a la carte menu with traditional dishes, including Chicken Chettinad, Dal Makhani and Grilled Chettinad Salmon. Their curries are also authentic, done in South Indian style, with everything including the vegetables being hand cut as are the herbs and spices being hand ground.

Another noteworthy restaurant is A Tavola with a reputation for great Italian pasta. Fresh handmade pastas made with in season ingredients from a small yet select menu. They are not BYO but do have a great selection of Italian regional wines to complement their food.

This Vietnamese restaurant has French Indochine influences, served with authentic regional dishes made from in season ingredients. Great food for sharing.

More Sydney Places to Visit and in the Surrounds: