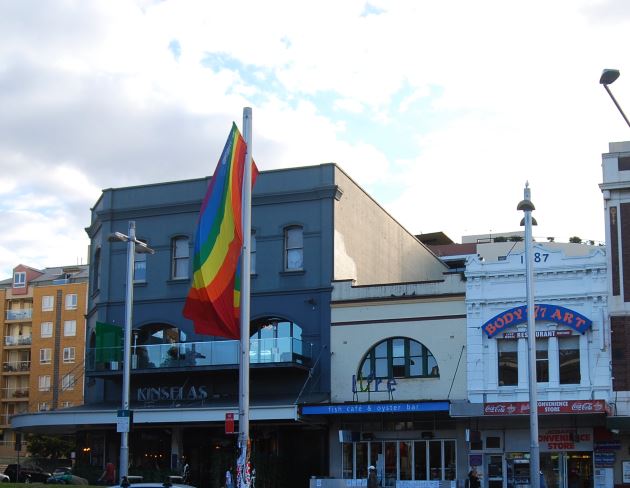 Located just to the east of the city centre is Darlinghurst with a growing number of great places to eat. Between Surrey Hills and Kings Cross:

This Japanese Ramen (noodles) at lunchtime and a Yakitori (bbq meats, especially chicken) restaurant in the evenings has a smallish but seasonal menu, ensuring freshness in their ingredients and tasty dishes. Using the traditional ’whole bird’ concept, the meat is cut into small, uniform sized shapes and skewered. Afterwards, the yakitori are seasoned and traditionally cooked over charcoal for that authentic flavour.

Their pre-dinner selection of nibbles are a great way to start the evening, including the sashimi on their daily special board. All served in a traditional intimate setting:

Situated in a historic sandstone building done in Rococo style on a prominent corner of Oxford Street, the Embers Mezze Bar serves modern Lebanese food with authentic mid-eastern influences. These are traditional dishes with a modern take:

This successful chain of restaurants, Bills is not only in Sydney and Darlinghurst, but in places like Tokyo, London, Seoul and last but not least, Honolulu. Bill Granger, who, as you may have guessed, is the owner, opening his first restaurant in Darlinghurst. Using in season and fresh local ingredients, Bills has gained a reputation for great food, whether for breakfast, lunch or dinner:

Cigars (Cuban, of course), Cocktails and Chow. Does it get any better than that? Not in the same room of course, but you can enjoy a cigar and drink before or after a great meal here. Great deep dish pizzas, meant of for two to four people, so deep in fact, they could be mistaken for pie.

Their gangsta cocktails also have roots in Chicago and Italy. A place for wise guys to mix with the innocents:

Lure: A little seafood café tucked away on Taylor Square.

More Sydney Places to Visit and in the Surrounds: