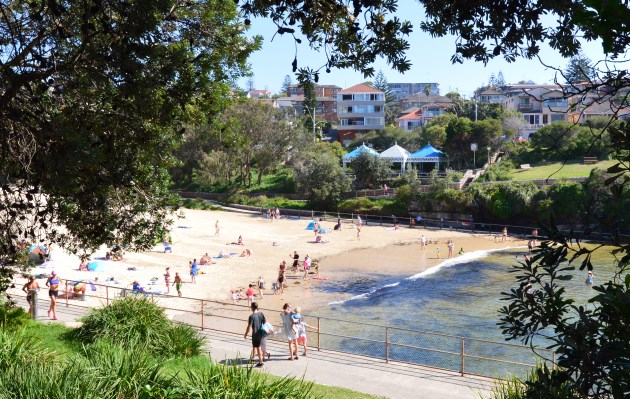 Located on the shores of Sydney, Clovelly Beach has attracted swimmers and fishers for a long time. Locals began the Clovelly Surf Life Saving Club movement here in 1906, one of the first in the world.

The beach itself is not large, wedged between two sandstone headlands, which protect it from the surf on most days. This makes it popular with young families.

It is also popular with scuba divers, snorkellers and fishers due to the offshore Bronte-Coogee Aquatic Reserve, which protects marine life from Bronte Beach to Coogee Beach. Extending offshore up to one hundred metres, it runs along four thousand metres of coastline. It protects the biodiversity of fish and of the marine vegetation, however limited fishing and spear-fishing applies.

Just to the north of Clovelly is Bronte Beach, while the next beach south is Coogee Beach.

Named after a local estate that was in the area previously, Clovelly is now often referred by locals as ’Cloey’.

Places to Eat in Clovelly

Route 339 services Clovelly weekdays and weekends, you can catch it from Central Railway Station in the city. There are other services, however, they only run at peak times on work days.

On particular days the surf can get quite large, with cross-currents and rips. Only strong swimmers should venture out, but between the flags. You can also seek local beach advice from the lifeguard or from the Clovelly Surf Lifesaving Club.

Places to Eat near Sydney Airport