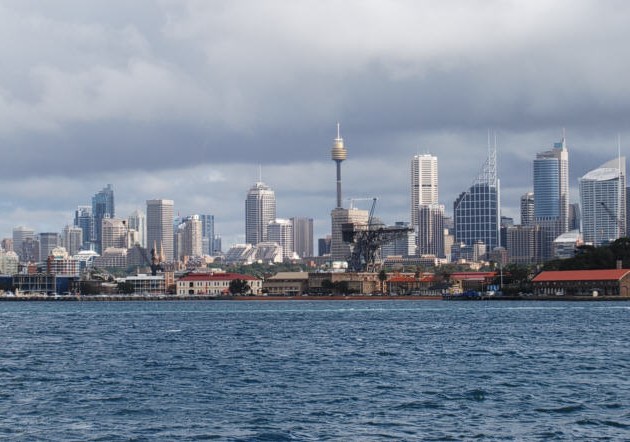 View of the City from Sydney Harbour

The city centre of Sydney is fairly flat, so exploring by foot is easy, as well, the train system can get you quickly from one side of the CBD (Central Business District) to the other.

Probably the best place to start would be Circular Quay, at the foot of the city. See the Sydney Opera House Map.

Here, there is the Sydney Opera House and Sydney Cove (where Australia essentially began as a country), while to the west side is The Rocks, now a restored historical district. It ranks as one of Australia’s finest examples.

Circular Quay is a major terminus for trains, ferries, taxis and buses - there are few places that you cannot reach or get from in greater Sydney than here. If you remember how to get to where you are staying to Circular Quay and back, you will never get lost.

The Inner City has great places to shop:

There are some exquisite fine dining restaurants here, including Doyle’s, located in the Sydney Cove Terminal and a Sydney-sider favourite for many years, serving great seafood.

Throughout the city centre you will find all kinds of restaurants, including a good international range as well as seafood, vegetarian and modern Australian.

Thai, Mexican, Asian, Italian as well as other European, Russian, Indonesian, Middle Eastern, African, Mediterranean, Spanish, Japanese are all there. Some of them have great city views, prices vary.

In Chinatown, on the other side of the CBD from Circular Quay and centered on Dixon St, you can find some very excellent Asian restaurants as well as, of course, Chinese.

Attractions in the City

Sydney has collected a number of World Class attractions other than the Sydney Opera House and the Sydney Harbour Bridge.

If your interested in Australian animals and other wildlife, a visit to the Sydney Wildlife World and Sydney Aquarium on the city side of Darling Harbour is a must. See Map Sydney City Map.

For the history buffs, there is the Museum of Sydney, with fascinating displays of artefacts found around the city area, dating right back to the beginnings. Many of these are in stainless steel cabinets that light up when you pull out the drawers - allowing you to have a long closeup look at these objects. More about our Historical Sydney Places and the Early History of Sydney.

At the Justice and Police Museum, only two blocks away, there are displays and exhibits relating to the darker past of this city, with everything about criminals and ‘wise guys’ to their end at the hands of the law.

Photos of crime scenes, taken with top of the line camera equipment of the day, show not only the tragedy of what happened to some in this otherwise peaceful city, but give a striking, evocative view of how everyday people lived.

At Customs House, located on the square at Circular Quay, there is a 3d display map of the city.

Out and About: Sydney Central.