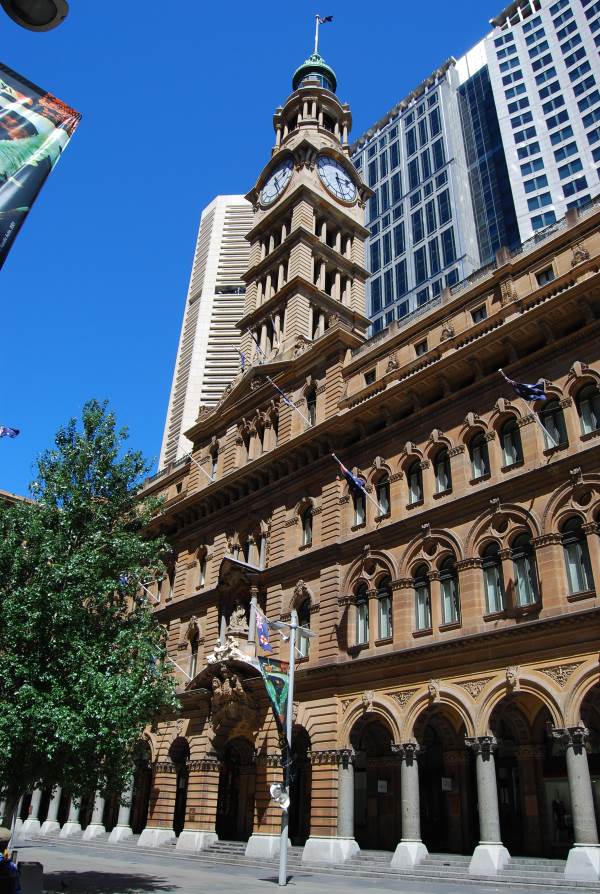 The Sydney General Post Office was designed by James Barnet and was built over the years 1866 to 1891, utilizing a neo-classical design.

James Barnet designed a number of the important Landmark buildings in Colonial New South Wales, including the Lighthouse on Barranjoey Head at Palm Beach and rebuilt the iconic Macquarie Lighthouse, originally designed by Francis Greenway, just north of of Bondi.

Other notable buildings he is credited with include the Australian Museum, Sydney Customs House, the Chief Secretary’s Building NSW, the Lands Department building, the Anderson Building at Sydney University and the Callan Park Lunatic Asylum.

Another well known building to Sydneysiders is the Darlinghurst Court House, not necessarily because they have been required to be there, but it occupies a key corner on Oxford and Darlinghurst Streets.

In fact, during his time as Colonial Architect of NSW, he had built a total of 169 post offices, 130 courthouses, 155 police stations, 110 lock-ups and 20 lighthouses as well as the defence works at Botany Bay, Sydney Harbour (Port Jackson) and in Newcastle.

Other interesting examples of his work are the Two Lodges that formed the original entrance to Sydney University, built in 1888 and are still exant, and the beautiful Victorian Italianate style, like the GPO, Courthouse in Goulburn NSW.

At the George Street end is the Cenotaph, site of the ANZAC Day dawn service, held every year for the Australian soldiers and servicemen who served the country. The Cenotaph itself was designed by Bertram MacKennal in 1929.

Martin Place is a gathering place for other Sydney events including free lunch time entertainment at the ampitheatre, located by the Castlereagh Street end.

See Martin Place on the: