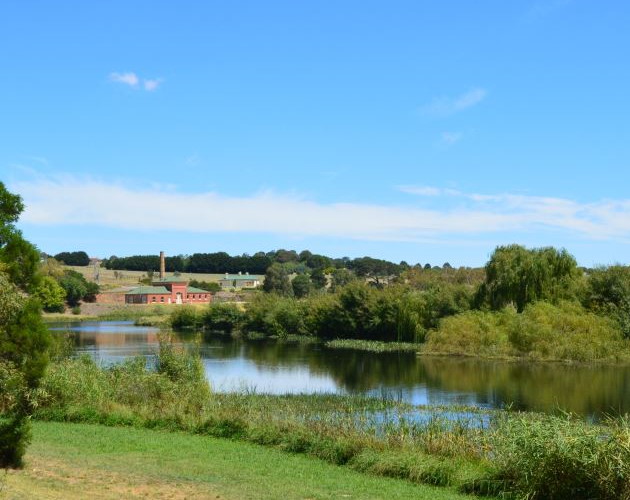 The Waterworks Museum in Goulburn

Next: Capital Country of NSW

One of the technical wonders of the Victoria Era was the machinery invented and built to do everything from powering the massive steel bridges such as the Tyne Swing Road Bridge, steam powered pile drivers and huge cotton factory machinery, to pumping water.

An 1883 Appleby Bros. steam engine, it is also known as a beam engine, due to its large arms that rock up and down enabling water to be pumped from one place to another.

Achieving 120 horsepower, the steam engine can pump 130,000 litres of water out of the river. The engine was restored to working order by Bruce MacDonald and with help from his family, completing the monumental task in 1958. He was a steam engineering engineer and is also credited with helping the works turn into a museum.

The distinctive red brick building housing the works was designed by the Colonial Architect, James Barnet, who amongst others well known NSW buildings, designed the Sydney General Post Office and the the iconic Macquarie Lighthouse at Bondi, as well as the Colonial Chief Secretary’s Building. Another is the Australian Museum.

An engineering firm based in London, they made a variety of industrial scale steam powered machines, including steam cranes, machinery for making bricks, pumps and other engines, including portable and stationary ones.

Getting to the Museum