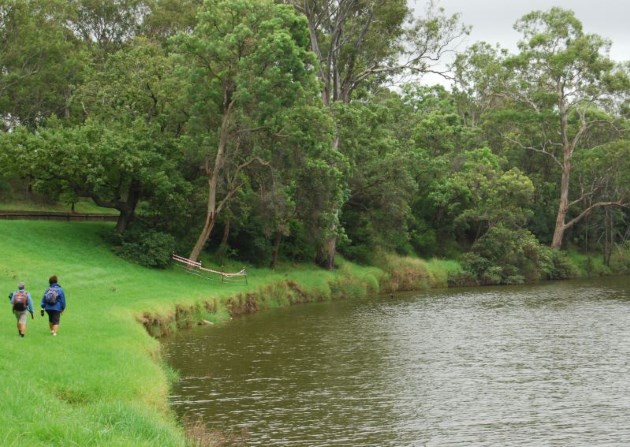 Next: Settlers to Australia

Sydney Cove: This is where the nation of Australia began and much of its early history occurred. Even today, it is a major terminus for public transport and activity. Nearby is the Sydney Opera House, The Rocks, Government House and the Museum of Contemporary Art. This is where the British first landed to settle:

When the soil around the early Sydney settlement proved to be too sandy and not fertile enough for crops, explorations of Sydney Harbour found a more suitable place for the European style of farming that the settlers from the First Fleet had hoped for, Parramatta:

The first cows and bull that the settlers had brought with them to start herds managed to escape their poorly built yard fences to look for greener pastures. They found them in the region now known as Campbelltown. The much larger herd, in turn, was found there years later and in healthy condition:

Goulburn became the first town to be officially established as the first inland town in Australia outside of the Sydney Region. Today, it is a thriving regional city:

Constructed in 1845, the Customs House building at Circular Quay contributed much to Australia’s development.

Located by Sydney Cove, Customs House was there to gain government revenue with import and export duties, while protecting the colony from unwanted goods and illegal trade.

You can visit this building, there is a reading room with newspapers from all over the world, a 3d map of Sydney to help you find your way around the city and wi-fi access.