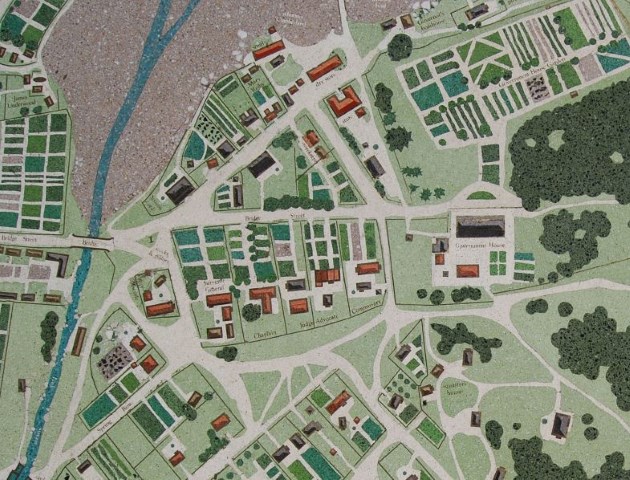 The History of Sydney and Australia

Built on the site of the first Government House, has a variety of interesting displays from Sydney’s early Colonial history.

Its exhibitions, combining artefacts (including those found on the site) with multimedia technology, show what early Sydney life was like, what happened and who it happened to, from 1788 to the 1850s.

Artwork, including paintings, show the city in its earliest beginnings.

The foundations of earlier buildings and the original Government House were found when the land had been cleared for a new building in 1983. Apparently to everyone’s surprise, the foundations of the earliest building were discovered to be still there.

Governor Phillip, the first governor of the Colony of New South Wales, had the Government House built on the location in May of 1788. Government House was a name sometimes given to the home, main offices and seat of authority of a Governor and Lieutenant-Governors of the British Empire.

It was to be his primary residence and also for subsequent 8 NSW Governors, including William Bligh of the Mutiny of the HMS Bounty and Governor of NSW during the colony’s Rum Rebellion.

Interestingly, the 1855 map shows the site as being the location of the then Sydney Town Hall. See 1855 map of Sydney showing location:

The convenient location near Circular Quay makes for an interesting day trip.

On the map you can see it is close to the Sydney Opera House, The Rocks, The Police and Justice Museum, Circular Quay Train Station, Sydney Ferries and Customs House.

While there, have a look at Macquarie’s Park, on the corner of Bridge Street and Loftus. Customs House also interesting displays, including a 3d aireal view of Sydney.

A lot of the smaller artefacts are stored in shiny steel drawers that light up when opened. This gives visitors a fascinating and excellent close up view of the many historical objects, whether from the everyday mundane or special.

Combining the many artefacts in a myriad of ways, mixing in the multimedia technology about colonial life, Aboriginal culture, the environment, colonial trade, the people, the authority and laws.

Public transport is the most convenient way to get to this museum in the city. Circular Quay is a major terminus for train, bus, taxi and ferry transport and located only a block away.

Parking is available, but not at the museum. Located at Governor Phillip and the Maquarie Tower. Parking rates apply.

To get there, you can take the train or ferry to Circular Quay and just walk up Phillip St. Due to severe parking restrictions in the city, this may be the best option.

There are frequent bus services from places like Bondi Beach and the Eastern and outer suburbs that terminate there as well.