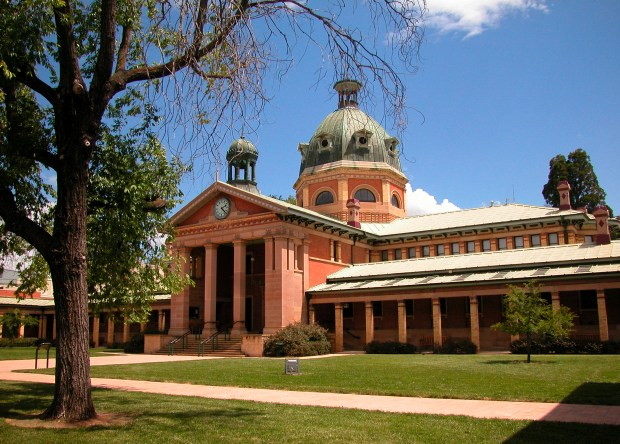 As the oldest inland town in Australia, Bathurst City has very wide streets, originally designed so that a bullock team could turn around.

The tree lined streets and some very lovely Victorian architecture buildings reflect the prosperity of the early gold rush era.

The first serious gold find in Australia was at Ophir, just to the north west of Bathurst. There is still gold to be found in this area, you can even try it for yourself at the Bathurst Goldfields.

Ben Chifley, former Australian Prime-Minister of Australia (1945 - 1951) had his family home here in Bathurst. Now listed on the State Heritage Register, Carnwath, the name the home was given originally is located on 10 Busby Street.

You can visit this humble home, occupied by him and his wife since 1914, with its original furnishings and kitchen appliances, including a kookaburra stove. There are also the unique gifts he was presented with when he was the Treasurer and Prime Minister on display. Phone: (02) 6332 1444.

The Australian Fossil & Mineral Museum features the natural history of Earth, with exhibits relating to everything from mineral rocks (including diamonds and opals) found deep below the surface to rare dinosaur and other fossil bones, some dating back more than 1 billion years ago.

Housed in the 1876 Bathurst Public School, located in the heart of the city at 224 Howick St, it includes the notable Somerville collection. This major collection includes a Velociraptor skull, a complete Tyrannosaurus Rex skeleton and specimens from around the world and every major life period in earth’s natural history. Phone: 02 6331 5511.

This National Trust Property, located on 312 Russell St, gives a unique view of life in Australia during the nineteenth century. Built in 1854 and set in a quaint old world charm garden of roses and daisies, the house has the collection of the Lee family on display.

Abercrombie House, a 52 room baronial mansion, was the home of James Stewart. Built circa 1870 and now faithfully restored by the Morgan family, it has 29 fireplaces, 7 staircases, more than 40 rooms and a 28 foot high ballroom. Phone: (02) 6331 4929 for opening times.

One of main reasons Bathurst is known so well to Australians and lovers of cars, the Bathurst 1000 is held here every October. Just south west outside of the city, you can actually drive this track - when not being used of course. Note your speed is limited to 60km per hour, unlike the V8 Supercars that rip this track.