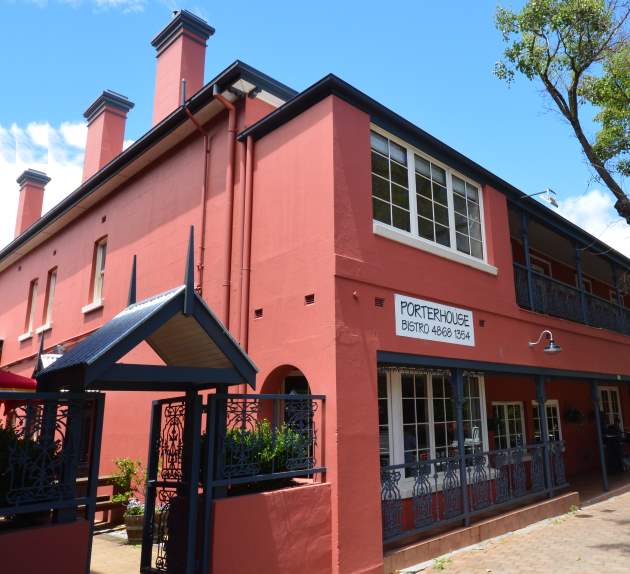 Next: Visit the Southern Highlands of NSW

The town of Moss Vale in the Southern Highlands has a number of popular restaurants and other places to eat. Below is a list of some of our favourites:

Places to Eat in Moss Vale

The historical Moss Vale Hotel was built in the 1850s. Despite its many its more modern functional renovations since then, it has kept its original feel.

The Porterhouse Bistro, situated in the Moss Vale Hotel. Known for their steaks, this informal dining place to eat also has a good selection of wines and beers, perfect for that beef. Indeed, the Porterhouse Bistro has claims to some of the best steak meals in the region.

Sattahip Thai Eat In & Take Away

Serving authentic Thai dishes, Sattahip Thai Eat In & Take Away has good reviews for its food and service.

Serving great wines from their vineyard as well as great food. The Mount Ashby Estate Vineyard & ’La Palette’ Caf has country views that alone are worth the visit, but the food does not disappoint.

Note: Open Thursdays to Sundays for Lunch (12pm to 3pm) however, they do Wine and Grazing to 4.30pm.

Seafood Affair is for seafood lovers, they have some great traditional lobster dishes, as well as fresh Oysters, Mussels, Fish, Prawns and Calamari. They also have steaks, chicken, salads and pasta for non-seafood eaters. Fully licensed although BYO wine is allowed. What more could you want?

An easy drive from the Southern Highlands to the beautiful South Coast for great beaches, national parks and resorts: South Coast of NSW.