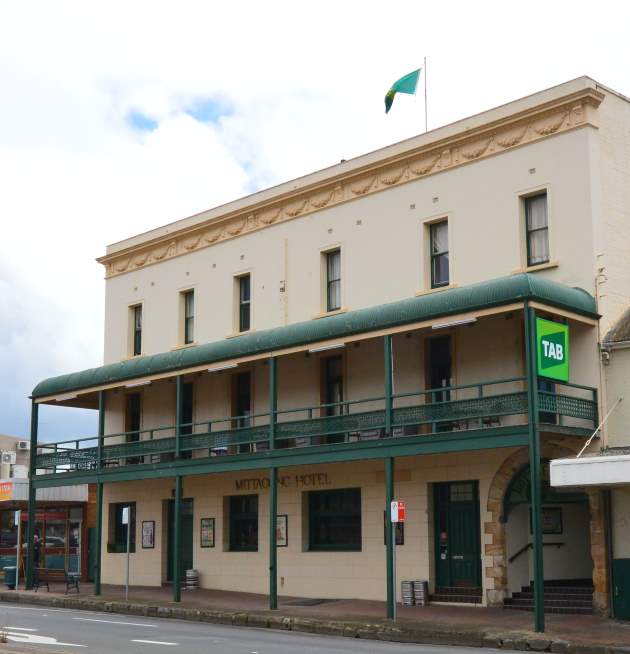 The Historical Mittagong Pub, known for its craft beers and Mexican Cuisine

Along with the nearby towns of Moss Vale and Bowral, the restaurants in Mittagong are quickly developing into great places to eat and drink. In the beautiful surrounds there are also wineries with cellar doors, local pubs servings good grub and bakeries selling awesome freshly baked goods.

Places to Eat at in Mittagong

Feeling like a hot, filling curry? The Shiva Indian Restaurant, serving Northern Indian food has a good range of curries available as well as a range of other Indian speciality dishes. If its too hot, try the Mango Lassi, a guaranteed tongue soother.

Along with a hundred chilli sauces to try, the Mittagong Hotel’s La Cantina Mexican Bistro serves great Burritos, Enchiladas (Burrito covered with cheese and a special sauce) and Nachos. They also have Chimichangas (the Tex-Mex deep fried version of a burrito). Very tasty, very delish!

They also have Fajitas, either Spicy Chicken or Sizzling Rump Steak, both served on a sizzle plate with onion, red peppers & cheese, complete with 2 flour tortillas for you to build yourself..). Or try a Quesadilla, the Mexican version of a toasted sandwich.

Place your order at the bar, they also have a kids menu:

Winner of a number of awards for not only their food and service, but their business acumen. Indeed, under the guidance of Mark Wilson and Elouise McCallum the restaurant reaches new heights.

They do not only lunch and dinner, but great almost all day breakfasts as well al fresco dining. The menu is straightforward, everything is made from fresh and in season ingredients. They also do vegetarian.

Toshi’s Japanese Restaurant works to make you feel like a guest at home, they have a traditional dining room (only open for dinner) where you dine in Japanese style, sitting upon a futon while your legs are in a recess in the floor. They have a set menu for those wishing to try dishes chosen by the chef, sharing dishes is encouraged, Asian family style.

BYO wine is allowed, they also have warm and cold sakes and Japanese single malt or blend whisky to try.

With fantastic views of the countryside, McVitty Grove Cafe and Restaurant gets mixed reviews for their food and service.

The Southern Highlands are located in the Great Dividing Range of Australia, a series of mountain ranges that divides the east coast of Australia from the its center. Stretching from the south of Victoria to Queensland, it is the result of geological actions over the millenia, beginning some 300 million years ago when the continent of South America had pressed against Australia.

An easy drive from the Southern Highlands to the beautiful South Coast for great beaches, national parks and resorts: South Coast of NSW.