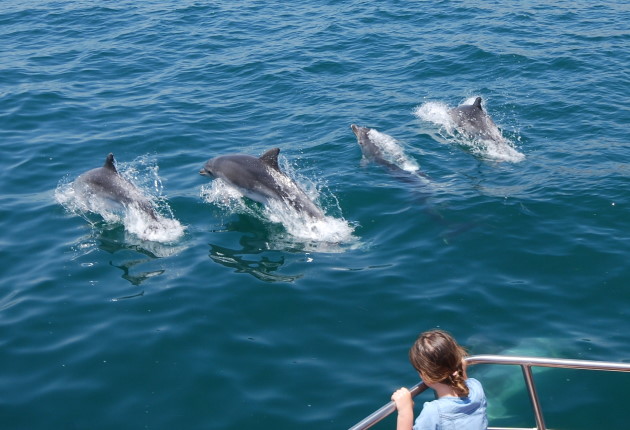 Midwest WA: Stunning and varied landscapes can be found north of Perth, both on the coast and inland.

Kalbarri National Park has deep gorges and massive sand dunes soaring up to 280ft high. At Nambung National Park, there are the Pinnacles, while on the coastal regions there are dramatic cliffs, fascinating marine parks with reefs teeming with life and countless sandy beaches to visit alongside crystal clear waters.

Carnarvon in WA is great for fishing and home to a thriving fishing industry, particularly for prawns and scallops. Located in the Gascoyne Region, it acts as the admininistrative and commercial centre.

The port is now a restored historical district, the Heritage Maritime Precinct has a historic steam train and lighthouse. There is also the One Mile Jetty, which served the port in Carnarvon for many years. In town, you can find plenty of shopping opportunities and a good variety of accommodation, including hotels, apartments, backpackers, camping and caravan parks.

The nearby Gascoyne River is lined with lush tropical fruit tree plantations, there are tours and chances to pick them for yourself.

Dolphins abound in the Shark Bay World Heritage and Marine Park, as well as dugongs. This park, declared a World Heritage Area in 1991 is eminently suited for families, has large sand dunes that meet the ocean, while the many islands and bays thrive with marine life of all kinds, including turtles, whales, sharks and tropical fish.

Monkey Mia, also in the Shark Bay Marine Park, has dolphins that visit the beach. There is a strictly controlled opportunity to see them up close and feed these mammals, the 8 o’clock in the morning, with up to two more later in the day till 1pm.

If you love lobster, Geraldton is a must go place for anyone visiting this area. The season starts in November and goes till June, there is a festival at the beginning called the Blessing of the Fleet. You can tour the plant that processes these delicious crayfish. Rock Lobster! duwaaaah...

Also in Geraldton, there is a memorial to those lost on one of Australia’s most important WWII ships, the HMAS Sydney. The tragic disappearance of this ship, its wreck only just recently found, had mystified the authorities and the rest of Australia for many years.

Another fascinating attraction in Geraldton is the Western Australia Museum Geraldton Shipwreck Gallery. There are displays and artefacts from the wrecks of the early Dutch ships, Batavia and Zuytdorp.

Kalbarri National Park is noted for its rock climbing, hiking and bushwalking. Dramatic gorges line the Muchison River, providing sweeping vistas of the river itself and the surrounding region, before emptying out into the Indian Ocean. Rainbow Valley has multi-coloured layered rock formations.

For surfers keen to try something different, you can sand surf the massive dunes found in Kalbarri! The sand dunes tower up to a height of up to 280 feet.

This part of the world gets popular with visitors during school holidays. Hire a bungalow or stay at a luxury homestead. There are also luxury resorts, hotels and inns, as well as holiday apartments. Caravan Parks parks are also available and some of the National Parks allow camping (with permits).

The South West of WA is great to visit any time of year, with delicious cuisine, wonderful beaches, rugged coastline, towering forests and whale watching delights.