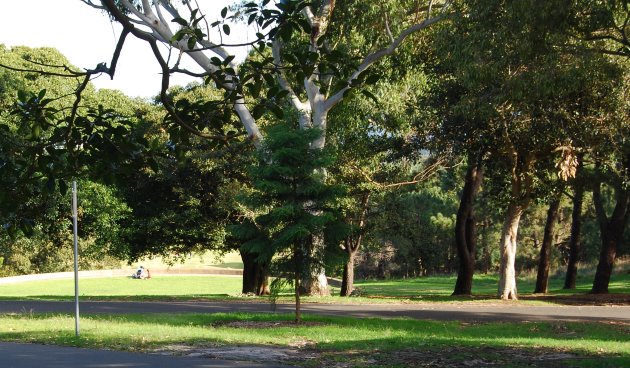 Next: Gondwana Rainforests of Australia

Having a long history with the people of Sydney, Centennial Park is close to the city and can be enjoyed by anyone. With more than 189 hectares of parkland, there are scenic walks, chances to go bike riding, horse riding and inline skating, which you can hire nearby.

Other activities here include having a BBQ or a picnic, playgrounds for the kids and taking your dog for walks. There are also events held here throughout the year and activities for the kids. You can also take horseriding lessons here or watch open air cinema films during the warmer months. There are tours on offer as well, from birdwatching to history tours.

Although the area was originally inhabited by the Gadi people, after the colony of New South Wales was established, the lands were declared by Governor Macquarie in 1811 to be Sydney commons. Commons are lands devoted for the use by everyone, for grazing of livestock, land to grow vegetables or access to natural resources.

The many creeks, swamps and springs here proved to be useful, the government of the day in 1825 used convict labour to build an underground viaduct, 3.5 kilometres in length, to bring water to Hyde Park. This became the city’s main source of water till 1859.

When Henry Parkes was elected Premier of New South Wales for the fourth time, he had the lands dedicated as parklands in 1888. Interestingly, Sir Henry Parkes is regarded as the father of the Australian Federation and a true Australian visionary, supporting universal suffrage early in his career and free trade.

Using hundreds of unemployed men, the swamps were filled, the parklands leveled and rocks cleared. Plants and trees of all kinds were planted, to make the lands into a traditional park of Victorian design.

In 1901, on the 26th of January in a ceremony attended by more than 100,000 people, the park was where the Commonwealth of Australia was proclaimed. Although Sir Henry Parkes died in 1896, being a long time proponent for the Federation of Australia he would have approved.

Map showing the many attractions in the city: Sydney Attractions Map.

Parks in Sydney and Australia