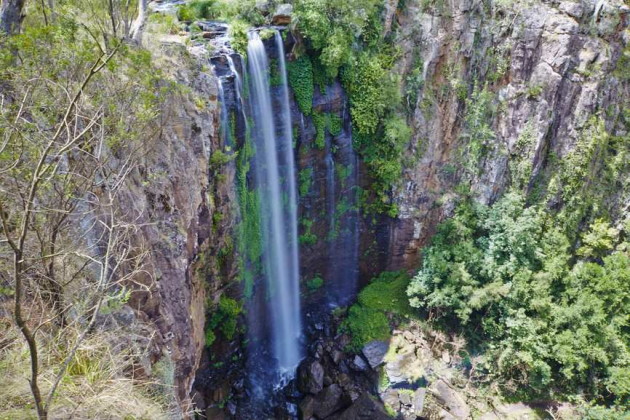 The Main Range NP is now a part of the World Heritage Site Gondwana Rainforests of Australia, which protects the largest sub-tropical rainforest area in the world. The park itself is important for the rare birdlife that lives here, there are also rare plant species and native animals.

Near Killarney, about 110 kilometres south west from Brisbane, the park encompasses mountains with dramatic escarpments and ridges, formed millions of years ago. They offer grand views of the Gondwana Rainforests of Australia World Heritage Area.

Nearby is the Girraween National Park, famed for its unusual rock formations of granite.

Both of the parks are mountain ranges forming part of the Australia Dividing Range, which stretches from the south of Victoria to north Queensland.

Rare and protected species of animals and birds live in Main Range, including quolls and frogs. Birdwatchers will enjoy the many and varied birdlife, including the Red Goshawk. Other birds include the colourful Fig Parrot, Albert’s lyrebird and the Black-breasted Buttonquail.

Queen Mary Falls, located at the south west of the park has a number of walking tracks, including one that can take you to the top. Be careful of walking near the edge, rocks may be slippery.

Other walks, of varying difficulty and length, take you to spectacular lookouts such as Sylvesters Lookout and around Spicers Gap. Araucaria Falls can be reached from Lookout Road just past the Kurrajong picnic area, taking you through lush rainforests. More about the many walks in the park: .

There are picnic and BBQ areas located at strategic points in the park, including Cunninghams Gap, Spicers Gap, Queen Mary Falls and Goomburra.

There are designated areas where camping is allowed. You can obtain camping permits from the Queensland Parks and Wildlife Service. Phone 13 74 68 or visit Queensland Camping for more information.