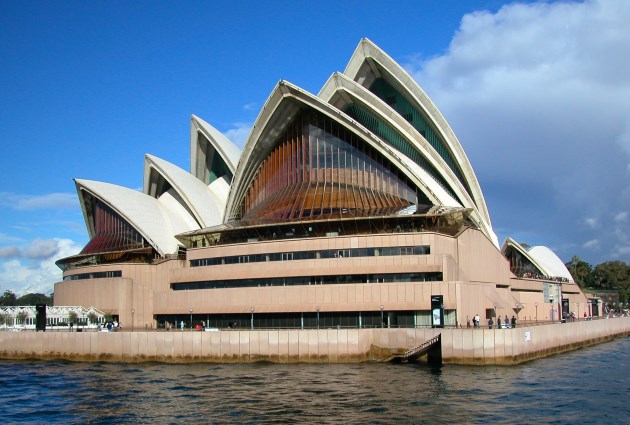 You can get to the Sydney Opera House by Ferry, Train or Bus

The Central Business District (CBD) has historical, cultural and other places to visit when your here: Sydney City Attractions Map or the Greater Sydney and Surrounds Map.

At the city and most suburban train stations there are also bus route terminuses and convenient taxi ranks. You can also catch the Light Rail from Central Station to get to places like Chinatown, Darling Harbour, the Fish Market and Glebe, all the way to Lillyfield.

Sydney City and the Greater Surrounds

There are plenty of places of interest in the city and its many suburbs: Sydney Places to Visit but those who are more adventurous will find the surrounds of Sydney have much to offer.

The ancient Blue Mountains are easy to get to by train from the city center and the western suburbs. Places of interest here include the national park, the Jenolan Caves and the Three Sisters.

The beautiful Central Coast, just north of the Sydney region, has stunning beaches, national parks and lakes. Great for fishing, surfing and lazing on the beach.

The coastal area of Illawarra has dramatic views of the sea, with long ocean drives and pretty beaches along the way: Illawarra NSW Places to Visit.

Further south is the South Coast of NSW. The train service can get you to Bomaderry in Nowra, connection buses can take you further.

You can travel to every major city in Australia by train: Australia Trains.

The ever popular beaches. You can get to them by bus or train from the city center: Sydney Beaches by Bus.