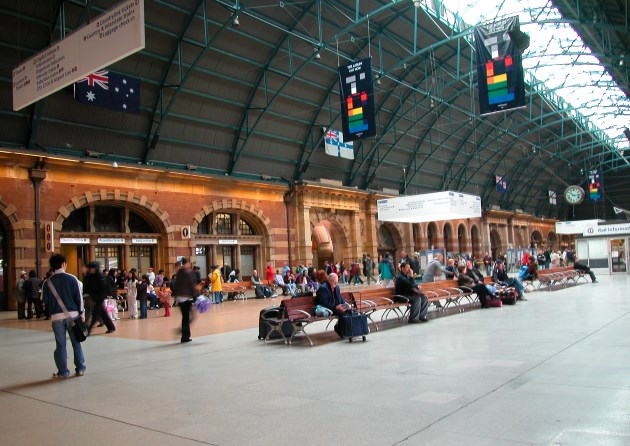 Next: Getting Around: Sydney Public Transport

Trains are a convenient way to see Sydney and surrounds. As well, most train stations will have connecting bus stops and taxi ranks, while at Circular Quay you can catch ferries and jetcats to various points around Sydney Harbour and as far west as Parramatta.

There is a variety of train tickets that are on offer. These tickets are available from train stations, Sydney ferry ticket offices as well as many newagencies and convenience stores.

If your in Sydney for a longer time, you can get an Opal card which makes it easy to pay for fares on public and private transport that are on the Opal network.

This ticket will allow you travel not only on trains, but buses and ferries depending how far you wish to travel. You can either choose day tickets or week long tickets. The only restrictions are on certain event buses or Manly fast ferries. They also do not apply to NSW regional trains or coaches.

The Seven Day Rail Pass allows you to unlimited train travel within the area and dates indicated on your ticket. You can purchase them from vending machines at any Sydney train station or at the railway ticket office.

With train tickets, if you buy a weekly or fortnightly after 3pm, you can travel for the rest of that day as well as your seven or fourteen starting the next day.

Central Train Station, Circular Quay, Town Hall and Wynyard are major city terminals for taxis and buses, as well as trains. You can catch ferries at Circular Quay and at various points around the harbour. See the Sydney Circular Quay Map.

City trains are an easy way to get to and from Sydney Airport. See more about Sydney Airport - Travelling around the continent by train: Australia Trains.