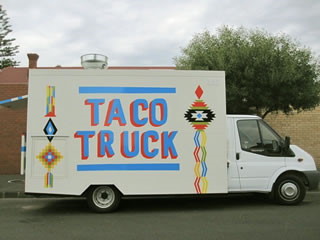 Next: Melbourne Australia Places of Interest to Go, See and Visit

Melbourne is known as the Food Capital of Australia and for good reason, it has a diverse population from all over the world bringing their food culture along with them. Mexican food is the latest food craze to hit Victoria and in particular, Melbourne.

Even the team behind MoVida is getting in on the action, using their trademark Spanish cuisine skills to make room for the Mexican craze. Taking inspiration from Mexican street food, Paco’s Tacos occupies the former site of MoVida Terraza, with a new fit-out and redesign by extraordinaire, Joost Bakker.

The menu is dominated by you guessed it - the hearty taco - all set at $6 a taco with specialties including the pulled pork and braised beef tacos. Other Mexican favourites such as nachos and barbequed corn also get a look in with Mexican beers, exotic cocktails and wine also available.

Fonda Taco’s is a Mexican cantina located in Richmond, bringing a home-style, seasonal menu of fresh ingredients from the Victorian Market. Along with the much-loved Mexican classics, customers can enjoy fresh salsas made daily along with the quintessentially Australian take on Mexican food, the Kangaroo Burrito. Opening hours are on Sunday to Thursday 12noon to 10pm and Friday to Saturday 12noon to midnight.

Mamasita, another of Melbourne’s fine Mexican restaurants was ahead of the game when it brought a little taste of Mexico to the city. Leading the charge in showcasing fresh Mexican flavours, the food is modern and creative.

Their food philosophy is inventive while remaining true to the traditional and authentic methods of Mexican cuisine. Alcoholic beverages are predominantly sourced from Mexico, Central America, South America and Spain, with Tequila a key focus.

Raph Rashid, creator of mobile diner, Beatbox Kitchen, the home of the number 1 burger in Victoria, has ventured into Mexican food on the go. Rashid’s latest endeavor, Taco Truck, serves up fresh and distinctive tacos with an emphasis on local ingredients, on the move. His Mexican specialties include corn tortillas, salsas, special sauces and a variety of tacos.

Customers can find Rashid’s Taco Truck in Brunswick and Northcote, but he uses Twitter and Facebook to post his locations daily. Taco Truck is open Wednesday to Saturday 6 - 9pm and Sunday from noon - 3pm.

In Victoria’s south west, the Great Ocean Road is also following suit, with the opening of Mexican haunt, El Poco Burrito. Located in Barwon Heads in the Bellarine, El Poco Burrito’s Fish Taco has already gained cult status with the Breakfast Tacos hot on its heels.

Tips are appreciated for good service but not required in Australian restaurants.

Showing the location of Melbourne places to visit, attractions and shopping areas - see the Map of Melbourne.