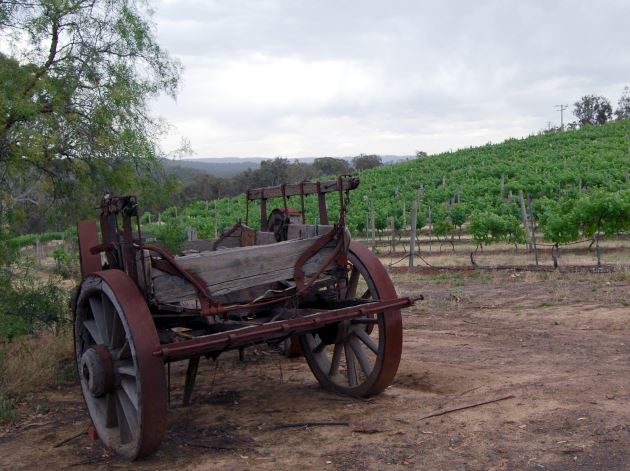 Next: Food and Wine in Australia

Australia has become a significant wine exporting nation, with wines being produced in much of the country. Much of it goes to North America and the United Kingdom, however, Asia and India have also taken to Australian wines, as well as to other wine producing nations, including South America and South Africa.

Australia has a trade agreement with the Europe producing nations to classify its regions with wine zones. Some are part of a state, such as New South Wales, while others include the whole state, such as Tasmania.

In those zones there are a growing number of regions. Under this appellation system, a minimum of 85% of the grapes used in the wine must be from the region designated on the label.

Tasmania and Queensland have also emerged in more recent years as producers of quality wines.

Canberra District known for its Shiraz in particular, but also produces other cool climate wines.

Queensland: South Burnett, Darling Downs, the Granite Belt, Brisbane and the Queensland Coastal Region, including the Sunshine Coast and the Gold Coast. The state has more than 140 wineries in operation, with the number growing by year.

Hunter Valley is the longest continuing wine growing region in NSW and easily accesible with wine tours from Sydney, but certainly not the only one. The state is the second most prolific in the country, wines produced here and exported include Beelgara, Casella, Cumulus, De Bortoli, McGuigan, McWilliams, Nugan Estate, Tyrrells and Warburn Estate.

Some of our Internationally Acclaimed Wine Regions:

Previous: History of Wine in Australia