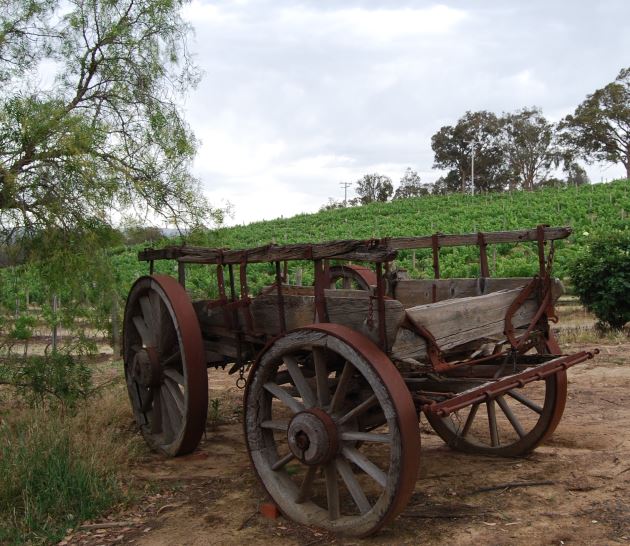 History of Australian Wines date from the Beginning of the Country

Wine growing in Australia began very early, indeed, with the arrival of the First Fleet in 1788. Bringing along vine cuttings, the newly appointed Governor Phillips of New South Wales planted his claret grape vines in an attempt to adapt the new environment to some semblance of European culture.

Farming proved difficult in early NSW, the sandy soil found near where they originally settled proved inadequate for the needs of the colony. There was a certain amount of early success with the vines, however, enough to try and do it with expert help.

Two French soldiers captured during the Napoleanic Wars were sent to the colony to try and kick start the wine making industry. However, they had no real experience or knowledge other than drinking wine and it proved to be a failure.

When the colony was able to expand beyond the limits of old Sydney Town to places further afield such as Parramatta, Penrith and Campbelltown, viticulture was able to thrive and has not stopped.

John Macarthur was the next notable figure in Australian history to take up viticulture. Known as the father of the Australian Merino Wool industry, he began selling his wines as early as 1827.

James Busby, a friend and associate of Macarthur convinced him to distribute his extra vine cuttings to other farmers to increase production. He also went to Europe to obtain more varieties from Spain and France, becoming the Father of the Australian wine industry. His imported cuttings and research into the potential of the country to produce quality wines contributed greatly to our wine horticulture.

Australia today is ranked as the fourth largest exporter of wines in the world, an amazing feat considering its relatively small population. With China becoming interested in wines, it looks rosy for the industry in general.

Adelaide also benefited from James Busby’s early efforts. Next was the Victoria Melbourne region, with settlers arriving from Germany starting wineries in the Barossa and further afield. The Italians too have contributed to our expanding industry.

Some of our Internationally Acclaimed Wine Regions: