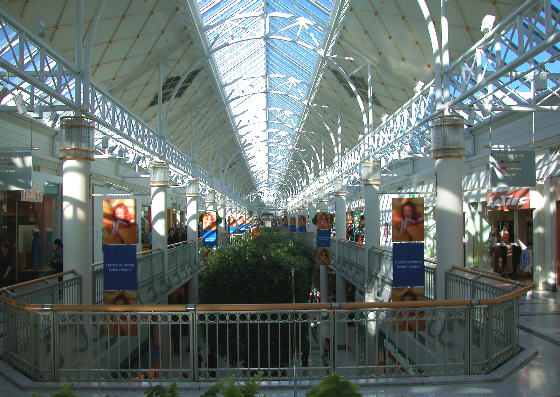 Penrith is a city of open spaces. Of rural scenery. A stunning river and the spectacular Nepean Gorge.

Nearby is the location of the world class Sydney International Regatta Centre at the Penrith Lakes. Here you can find picnic and bbq facilities, rowing, canoeing, dragon boats, club fishing, and sailing. The nearby Whitewater Stadium offers white water rapids - 21st century rafting at its best.

The canoe/kayak slalom events were held here during the Sydney 2000 Olympics and is still open today. Available for Whitewater Rafting, Kayaking and Swiftwater rescue training, you can enjoy the thrill of the waters at the Penrith Whitewater Stadium

Get Wet at Whitewater!

Muru Mittigar, the Aboriginal Culture and Education Centre is well worth a visit - it shows how the traditional owners of the of the land lived and survived. Authentic Aboriginal art, crafts and souvenirs are available. Muru Mittigar means Pathway of Friends.

Museum of Fire - Fire is dangerous yet essential to us. Explore the fascinating history of fire fighting and the modern impact of fire in the home and the environment, with a Junior Firefighters Training Area for the Kids!

Exploring early Penrith West Sydney history - The Arms of Australia Inn Museum at Emu Plains is one of the oldest buildings in Penrith, if not the oldest. This former inn was built in two sections, the first around 1826. Cnr. Gardenia Ave and Great Western Highway at Emu Plains, Sydney NSW Australia, Offers a variety of School tours and activities.

Great for shopping! With the new additions, offers more variety and bargains than ever before. Located between the Penrith Railway Station and High St, there are over 200 shops, a Hoyts Theatre, a food dining court, and number of great restaurants including international and Australian fare.

Things to Do in Penrith

See more on Shopping in Sydney.

Climate: Penrith in west Sydney enjoys hot dry summers. While summer maxima are higher than in coastal areas, humidity is lower. Winters are mild and sunny, but with a colder overnight minimum than coastal areas. See the Daily weather for Penrith, Current and forecasts Penrith Weather West Sydney.

Our home is the Nepean Region and we’re delighted you’re already here or are planning a visit. Make yourself at home and enjoy Penrith Sydney and our beautiful Nepean River.

The area was first explored by the newly arrived European settlers one year after the start of the British Colony of New South Wales, in 1789. Rural settlement along the river and its tributaries soon followed and today, a rich heritage remains.