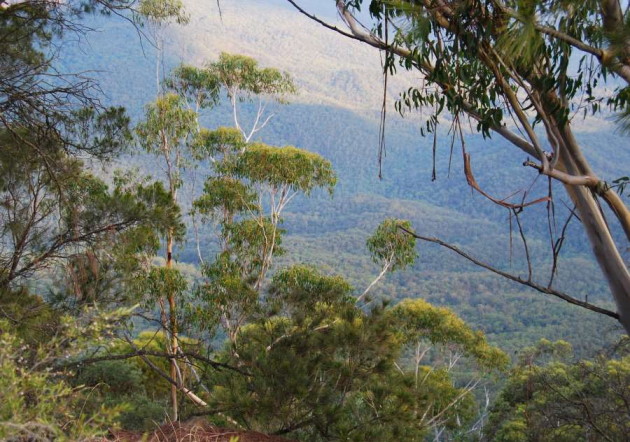 Katoomba is a historical town located along the Great Western Highway in the Blue Mountains. A great place to base yourself to explore these splendiferous blue tinged mountains, much of it easy to explore from here, on foot, car, bicycle, tour or even on horse.

The Carrington Hotel in Katoomba, still operating today, originally opened in 1883 as ’The Great Western’ before changing its name in 1886. Operating as a luxurious spa retreat, it quickly established a reputation with overseas visitors as a wonderful mountain resort retreat.

Newspapers of the day compared it to Raffles in Singapore for luxury and grandeur. Through the years, it remained popular, despite recessions and depressions experienced in that time.

Despite the age of the buildings it stayed open till 1985, when it closed till 1998. Re-opening its doors, the restored hotel is now in use again, popular with visitors wanting to take ’high tea’ in the restored Grand Dining Room and those wishing to explore the Blue Mountains.

Located close to Katoomba Train Station, it is considered an interesting historical place to visit while in Katoomba. You can even stay there while you explore the Blue Mountains National Park.

Not far from Katoomba are the Scenic Cableway, Scenic Skyway and the Scenic Railway with fantastic views of the Blue Mountains and the Jamison Valley. The railway was originally built to haul coal in the 1800s and descends down a 52 degree incline through a tunnel cut into the rock below to the Jamison Valley. Now the rail cars are completely modern, of course, you can even tilt your seat even more for a thrilling ride down the steep cliff to the rainforest below.

The ancient rainforest at the Jamison Valley floor dates back to the Jurassic, containing numerous species of eucalypt as well as other threatened or endangered flora.

Another place of interest is the Blue Mountains Cultural Centre, located in Katoomba across the street from the Carrington Hotel. Into the Blue is an interactive display at the centre, allowing you to learn more about the natural landscapes, the animals, plants and social history of the peoples of the Blue Mountains.

There is also an art gallery, featuring works from local and international artists and the Blue Mountains World Heritage Exhibition, for which an entry fee is charged.