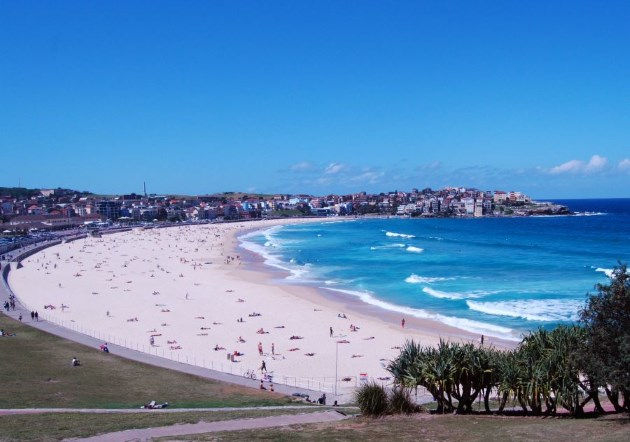 Exploring Australia on foot has not only been a popular way to explore since its inception but has certainly been revived in the new Millennium. An example are the many coastal walks that have been developed in the major cities located on the coast, this includes Sydney, Melbourne and Adelaide. The rest, Brisbane, Canberra and Perth, have developed walks along their major waterways, giving you a unique view of their city.

There is much more to walking in Australia than that, of course. Bushwalking in nature, as it is called in Australia, can be best experienced in our national parks.

Exploring one or more of Australia’s np’s along the many walks that they have is to experience Australia as it was in its pristine condition. I would heartily recommend exploring Australia this way if you are visiting or even a local.

Being managed by the states, the trails are usually well marked and are graded according to difficulty, from the easy to difficult, to cater for all ages and ability.

There are countless walks to long treks available in Australia. Exploring the deserts, the Tasmania Wilderness, Uluru, the NSW Snowy Mountains are just some of the places to explore.

In all the major cities and many of the even the smaller regional towns have places where you can purchase or hire the necessary equipment. You should think about joining a tour if wanting to take longer treks in remote areas, unless you are thoroughly familiar with survival in the bush.

Our best Australia treks are found in our many National Parks offering pristine places to visit. Kakadu, for example, is Australia’s largest and is renowned as one of the most beautiful in the world occupying almost 20,000 sq. kilometres: National Parks in Australia.

Here is a map showing the major parks and reserves in Australia: Map of Australia National Parks.

Sydney has National Parks and a long coastline to explore, with walks ranging from the easy accessible to those requiring a certain level of mobility.

Along the coast, past beaches, quaint suburbs and headlands such as the northern beaches, or in the southeast, from Bondi to Coogee all offer sweeping views of the coast and ocean.

To the west is the Blue Mountains, to the south there is the Royal National Park while in the north there is the Kuringai Chase National Park. They also have stunning views, with a variety of walks available of differing lengths and difficulty and are within a few hours drive from the Sydney city centre.

Whether you want to explore our deep desert regions, our lush rainforests, the World Heritage Regions of the Tasmanian Wilderness or even our city coastlines, Australia has not only easy access walks but long treks to do.

In the coastal cities of Australia you can find easily accessible walks along the water with some fantastic scenery, or you can explore remote regions that few have experienced for the adventure of a lifetime.