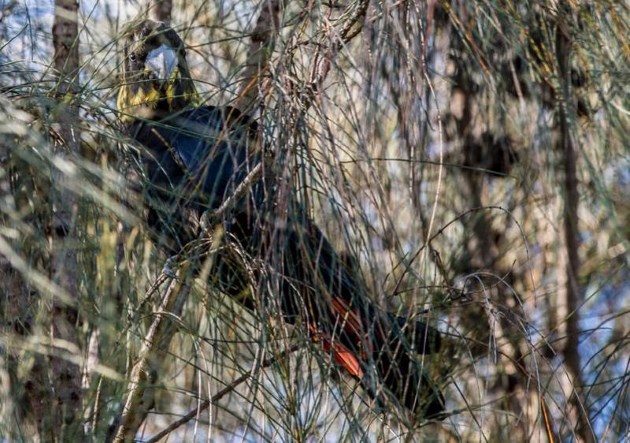 Parrots, a protected species can be found living in the wild in many parts of Australia. Cockatoos have showy crests and curved bills and tend to be larger than other parrots. They also have short legs with strong claws and will use their beak to climb up trees. They also are very fast flyers. See Crested Cockatoo.

Kangaroo island, covering over 4,500 sq. kms., is a beautiful natural place with diverse flora and fauna that had escaped the ravages of fox, rabbit and human population since the 1800s. More than a third of the island is dedicated to natural reserves and parks, leading to the island’s pristine coastline and making it one of the best places to spot native wildlife in the bush.

Getting to Kangaroo Island

You can either fly here by air to Kingscote Airport from Adelaide or you can take the ferry with your car to and from Penneshaw, American River and Kingscote. Note however, certain roads on the island are unsealed, if your hiring a car on the mainland and taking it to Kangaroo Island, it is important to clear it with your car hire company as it may not be covered in insurance. You can hire cars there. There are also shuttle services available.