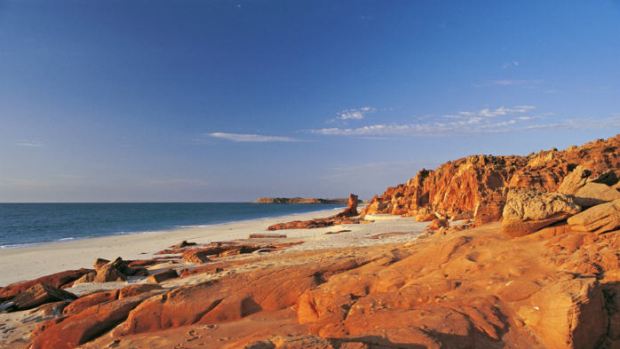 At the Top End of Western Australia there is Broome Australia and the pristine Kimberley region, where you can experience adventures exloring the National Park of Purnululu, World Heritage Bungle Bungle Park and Lake Argyle, just to name a few.

Kimberley and the Pilbara Maps

One place you can base yourself at is Kununurra, on the border of Western Australia and the Northern Territory if you wish to explore things in more detail. Other good options for accommodation would be Broome or Derby.

Since the area is vast and untamed, be sure to get reliable local advice if you want to go sightseeing places on your own. Certain areas need 4 wheel drives and experience, most car rental companies insist on it.

Kimberley Things to Do

Kimberley Things to do include taking a boat ride along the Ord River, not only for the spectacular scenery but the amazing wildlife, including crocodiles.

The El Questro Wilderness Park offers pristine, ancient and timeless landscapes. Take a scenic flight to really top off sightseeing this exquisitely beautiful region if you get the chance.

Camping in one or more of the National Parks in the Kimberley is a great way to experience Australia. At Windjana Gorge, the gorge is more than 3.5 kms long, cutting through what used to be an ancient reef.

At Purnululu National Park, there is the Bungle Bungle Range, with weathered smooth shaped ancient sediment mountains laid long ago. They soar hundreds of metres into the air This is also the home of the Kija and Jaru people, who help manage the park working with the National Parks people.

South of Derby is an early goal (jail) set in a large Boab Tree. The tree, over a thousand years old, is some 14 metres in circumference and was used to hold prisoners on their way to Derby overnight. There are other goals like this, but this would have to be the most popular.

One of the main attractions at Wyndham would have to be the Wyndham Crocodile Park. Here, you can feed the crocodiles (with food the park supplies, not yourself, or rather, of yourself) since saltwater crocs do relish human flesh - with or without the relish.

You can actually purchase crocodile meat there for a different taste sensation - Get them before they get you!

There are plenty of mini tours, as well as extensive camping tours to choose from - with BBQ cruises, flight drive experiences, and the Argyle Diamond Mine.

There is a great Top End wilderness cruise on Kimberley Coast complete with helicopter, taking 14 days, for those with the funds.

Accommodation in the Kimberley

Hire a bungalow or stay at a luxury homestead. There are also luxury resorts, hotels and inns, as well as holiday apartments. Caravan Parks parks are also available and there are usually camping facilities in the many National Parks found in the Kimberley region.

The South West of WA is great to visit any time of year, with delicious cuisine, wonderful beaches, rugged coastline, towering forests and whale watching delights.