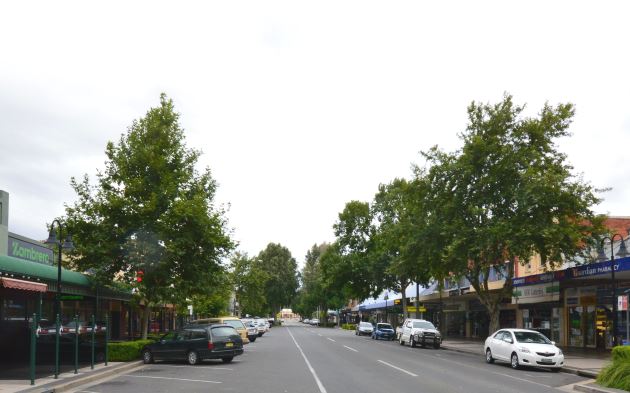 Next: The Riverina in New South Wales

Directly west of Canberra, in the fertile region of Riverina NSW, Wagga Wagga is the largest city and yet seen as the ’Garden City of the South’, not only for its many parks and gardens but its surrounds. There is more, however, including the Art Gallery, the Botanic Gardens and the National Art Glass Collection. The Murrumbidgee river flows through the city, dividing north from south.

Located centrally in the south of the state and near the border of Victoria, it is a convenient place to stay if your exploring the Riverina, or travelling to Melbourne Victoria from Sydney or vice-versa. There are plenty of restaurants and eateries here as well, serving foods made from the freshest of Riverina’s produce, including select gourmet foods and wines.

A way fun to explore the city is to take the Wiradjuri Walking Track, a forty two trail around the city. It begins at the Wagga Wagga Visitor Information Centre and takes you past places of interest, including the Botanical Gardens and the Zoo.

The Wagga Wagga Botanic Gardens occupy a full twenty hectares of thriving flower beds, native trees and bush. There is a zoo there, with more than ninety species of native animals as well as from overseas, as well as birds. Other sections of the gardens include the Camellia Garden, A Cactus Garden, a Rainforest Gully and a Rose Garden.

Housed in the Wagga Wagga Civic Centre, exhibits works by artists of the Riverina as well as national and international. In their permanent collection is the Margaret Carnegie Print Collection spanning the 1960s to the end of the century as well as exceptional Aboriginal printed works. Another is the contemporary National art glass collection, with over five hundred works.

Adjacent to the Wagga City Golf Club is the Pomingalarna Reserve where there is a outlook to see the city and surrounds below and as far as the Alpine National Park, in the distance to the east. Within this reserve is also an abundance of kangaroos and wallabies to see here, along with a variety of birdlife.

You can also find the Wiradjuri Walking Track goes through here, which takes you not only here, but to Willans Hill Reserve, the old Silvalite Reserve and the Murrumbidgee. The trail is marked with signs.

There is also a mountain bike track that runs for more than ten kilometres in a circuit through the park, clearly marked, where they hold annual mountain biking events.

To the south east of Wagga Wagga is the Alpine National Park in the Snowy Mountains, known for snow sports in winter, while during the warmer months, popular the year round for fishing, hiking and watersports.

Those interested in the History of Australia will find a visit to the RAAF Wagga Heritage Centre (Royal Australian Air Force) inspiring. There, you can see a number of restored planes on display:

Places to Visit in the Riverina