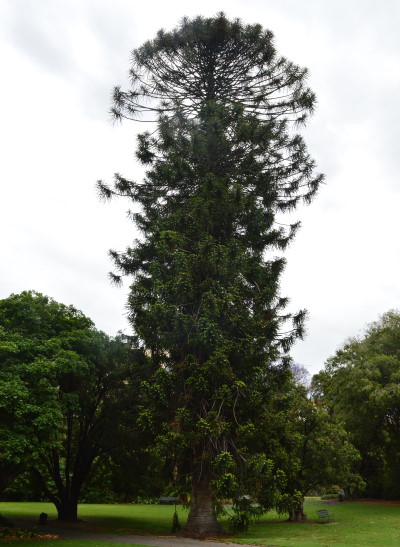 Next: Places to Shop in Adelaide

Adelaide Places to Go, See and Visit - with Map

Nestled between Gulf St Vincent to the west and the Mount Lofty ranges to the east, Adelaide has grown into a sophisticated city, preserving its heritage and green parkland boundaries.

Amongst the historic public buildings built during the Gold Rush years - Ayers House is an excellent example of colonial Regency architecture, the original home of Sir Henry Ayers, a former Premier of South Australia and an influential businessman. Administered by the National Trust, the restored house incorporates two restaurants with the oldest section being open to the public, housing a fine collection of Victorian furniture, memorabilia, and art. #14 on the Map.

The historic Adelaide to Glenelg tramline still remains, testimony to the city’s extensive tram network developed in the twentieth century. The 10.8km service began in 1929 and was an essential mode of transport for visitors travelling to the growing seaside suburb of Glenelg.

Today, nearly all of the original red and cream trams have been modernised. The new super trams from Germany and the original historic trams continue to have a role on the city. See the Adelaide City Map for the route.

You can find plenty of places to shop in Adelaide, from markets to speciality shops. There are not only shopping centres in all the main suburbs, the city centre has much to offer:

Henley Beach is one of the two closest beaches to Adelaide central business district. Henley’s bustling center of beachside activity revolves around the lawn, jetty and alfresco cafe precinct. There are a number of restaurants within the precinct offering a variety of delicious cuisine including Thai, Greek, Italian and tasty Aussie fish and chips. See Beaches of Adelaide.

With a tag as one of the most picturesque Test cricket grounds in the world, Adelaide Oval is in the parklands just north of the city centre. The first test match was played in 1884 but the ground was used from the early 1870s for a variety of sports and entertainment, including Australian rules football. Adelaide Oval has preserved its aesthetic charm, with the grandstands and the scoreboard now listed on the City of Adelaide Heritage Register.

The ground was also made famous by Australia’s cricketing legend Sir Donald Bradman, who made 970 runs at an average of 107.77 in seven Test matches and 11 innings on the ground - #7 on the Map.

Located on the Corner of Botanic Road and Hackney Road, the National Wine Centre of Australia is part of the internationally renowned University of Adelaide. The centre presents all of the aspects of winemaking. Free Admission (Charge for tastings) Phone (08) 8222 922. Open daily 10-5 - #28 on the map.

The South Australia State Library is not only for bookworms, but also lovers of art, design and history. See State Library of SA - #27 on the map.

The Institute: Institute of South Australia

The zoo’s collection is diverse and continually varied. For the kids there are lawns to play on, secret paths to explore and a children’s zoo. You can dine at the ‘Lyrebird Cafe,’ stop for a snack at the kiosk, or even bring a picnic lunch to enjoy under a shady tree. Phone (08) 8267 3255. #11 on the map.

At 727 meters above sea level, Mount Lofty is truly Adelaide’s Mount Everest. The magnificent panorama at the summit shows sweeping views over the city, the Gulf, Fleurieu Peninsula and Kangaroo Island.

At night, view the city lights in contrast to the inky blackness of the ocean beyond. Visitors can drive to the top but, during daylight, the most rewarding method is to climb there by taking the bush track through Cleland Conservation Park. Phone (08) 8370 1054

Further Reading: Places to Visit in the City.

Previous: Fun for Kids in Adelaide