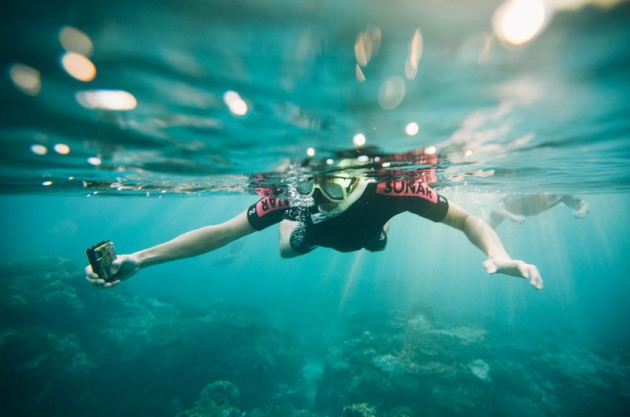 Next: Fishing in Australia

Australia has excellent opportunities for diving, not only for SCUBA but snorkelling in some of the most spectacular places found on this planet. From the bays and reefs of Tasmania to the diving spots on Ningaloo reef in the north west of Australia, you will find pristine waters, as of yet, relatively unaffected by man.

Things are changing, of course. Successive governments at both state and federal level in this country have been somewhat less than stellar in trying to preserve the environment for future generations.

Still, there are marine reserves and national parks that have been set up to protect the fishing industry as without these places, you simply will not be able to have any more fish. That being said, the parks and reserves are for those who enjoy nature as well.

You can see an interactive map of the marine reserves of Australia:

Dept of the Environment

Snorkelling is fun, not only for the extremely experienced but the first timer. Australia offers those who love snorkelling some of the most pristine reefs in the world, including the Great Barrier Reef, Ningaloo Reef and countless more on our many islands and our long coastline.

Here are some of the great places in Australia to enjoy:

the Barrier Reef is one of the natural wonders of the world. Its gorgeous tropical and sub-tropical islands, multi-coloured reefs and even more multi-coloured fish attracts Australian and international visitors the year round: Australia Great Barrier Reef.

Fraser Island, also on the coast of Queensland but within a day’s drive of Brisbane, has pristine beaches, abundant marine life and is also a World Heritage Site. Cruises are available: Fraser Coast Queensland.

The Ningaloo Reef in Western Australia has 260kms of reef, making it one of the major reef systems of the world. Easily accessible in a number of places just off the coast, as well as special snorkelling cruises to more exotic spots are available: Ningaloo Reef Australia.

Tasmania is known for its diving experiences, excellent surf and sailing, yet there are also wonderful places for snorkelling. It has over 135,000 hectares in Marine Protected Areas.

The stunning Bay of Fires with its white sands and aqua blue waters has snorkelling: Beach at Bay of Fires, Tasmania.