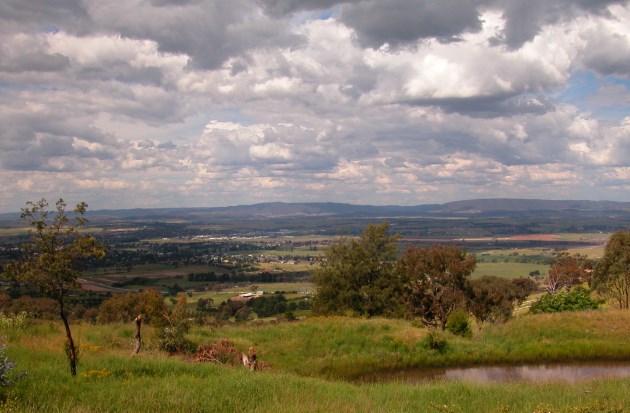 In May 1813, the early colonial explorers of Blaxland, Wentworth, and Lawson reached this region from the Blue Mountains. Much of it is flat country, ancient highland, extensively cleared and mainly used by the pastoral and dairy industries.

This fertile region also produces beef, lamb, fruits and wines. There are weekly markets in the many towns here, where you can buy this produce, as fresh as it gets.

The larger towns and cities in the region include Bathurst, Cowra, Gulgong, Lithgow, Mudgee, Oberon, Orange, Portland and Wellington.

Orange, known not for its oranges but as a productive fruit and wine growing region. Birthplace of Banjo Patterson, it was named Orange after Prince William of Orange of the Netherlands. There is an interesting heritage walk that takes you past many of the historic places in the city and the annual F.O.O.D. festival attracts visitors from all over the state.

Famous for its car racing at Mount Panorama, there are numerous grand historical buildings built here during the gold rush days, as well as during the sheep and farming booms. You can visit the Bathurst Goldfields, a historical gold rush town with tours available. Bathurst, NSW.

The Mudgee wines have been popular in Australia and now beginning to make an impact world wide, there are many to sample, particularly its reds. Located in the Cudgegong Valley, the area is fertile, many pastoralists who made their wealth in the region had stately homes built here. The gourmet restaurants in town are a delight as are the stunning National Parks in the surrounds: Centre of New South Wales.

Places to Visit in the Central Tablelands.

In the Central Tablelands region there is a wide variety of accommodation available, from quaint Bed and Breakfasts to Hotels, Motels and Caravan Parks.

Maps of the Coast of New South Wales